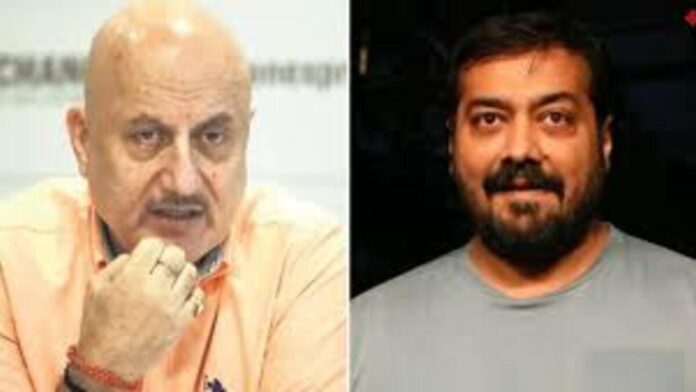 Anupam Kher is now enjoying the success of his most recent Telugu film Karthikeya 2, which is outperforming other blockbusters like Laal Singh Chaddha with Aamir Khan and Raksha Bandhan with Akshay Kumar.

The Karthikeya 2 team, which includes lead actor Nikhil Siddhartha, Anupam Kher, director Chandoo Modeti, and producer Abhishek Aggarwal, held a press conference in Mumbai on Wednesday, August 24, to celebrate the film’s box office success. At the event, they responded to queries from the media.

Anupam Kher initially hesitated to respond when questioned about Anurag Kashyap’s recent statement that he wishes The Kashmir Files is not chosen as India’s submission for the Oscars, adding sarcastically, “Kaun hai woh, kaun hai Anurag Kashyap?” before stating that this is what the media wanted to hear.

For the uninitiated, Kashyap stated to Galatta Plus during his discussion of the influence of the SS Rajamouli-directed RRR on the West, “RRR is viewed differently in the west than it is in our culture, and they adore it. RRR has a 99% chance of being nominated for an Academy Award if India chooses it. That is the effect RRR has had on the Hollywood industry. If we choose the movie RRR, India might actually receive a nomination in the top five. I have no idea which movie will be chosen. Not Kashmir Files, I hope.”