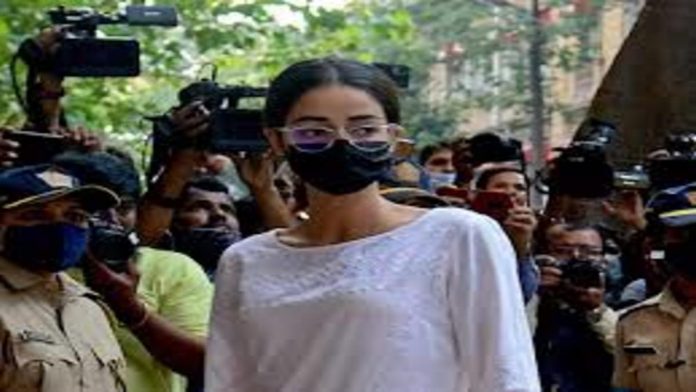 Actress Ananya Pandey on Thursday was questioned by NCB for about 10 hours relating to Mumbai cruise drugs case on the basis of her WhatsApp chats with Aryan Khan.

As per the NCB, the duo had conversed about some narcotics substances and used some code words also. The same chats were shown to NDPS court as well after which Aryan’s bail was rejected. The actress has been again called by the NCB at 11 am today for some more clarity.

A team of NCB headed by the Superintendent Vishwavijay Singh visited Ananya’s residence on Thursday from where the seized mobile phones and laptops. The actress was later asked to appear at the agency office at 2 pm on Thursday. But she reached about 4.15 pm with her father Chunky Pandey.

As per the NCB the chats are incriminating as Ananya and Aryan have spoken about some narcotics and used code words. “We cannot reveal the details of the chats as they are sensitive in nature and incriminating. If we reveal them, it will hamper our probe. We are not satisfied with her statement as of now and she has been called again for further clarity,” told an NCB officer.

The Zonal Director of NCB, Sameer Wankhede confirmed that the actress has been further called at 11 am today.

On the other hand, Shah Rukh Khan on early Thursday visited Arthur Road jail to meet his son. In the court hearing, the judicial custody of Aryan Khan and others have been extended for 14 days.

According to the prison rules, two from the prisoner family are allowed meet the prisoner. SRK reached at 9:10 am and met with Aryan for 15:20 minutes. “He spoke to him through the intercom and followed all rules,” a prison official said.

As soon after the actor reached home, a NCB team reached his residence to collect some documents for further investigation. “On October 21, a team of the NCB Mumbai Zonal Unit officials visited Mannat, the residence of Aryan Khan, in connection with Cr 94/21 for seeking certain material related to the investigation of the case from Shah Rukh Khan. Due procedure of notice was followed. It wasn’t a raid,” told NCB Director to Media.