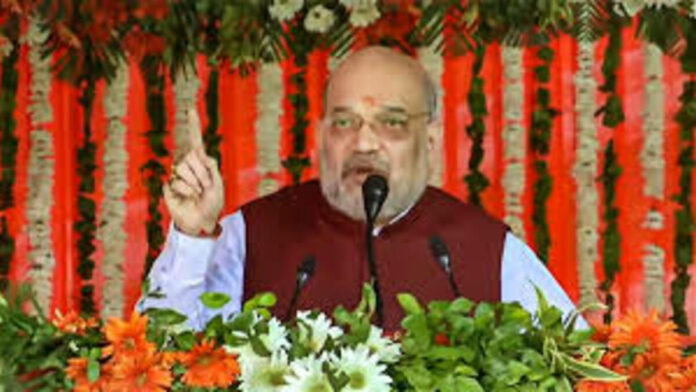 During his three-day visit to the Union Territory, Union Home Minister Amit Shah is anticipated to declare the Pahari group in Jammu and Kashmir to be a Scheduled Tribe (ST). Later today, Mr. Shah is scheduled to arrive in Jammu. On Tuesday and Wednesday, he will speak at rallies in Rajouri and Baramulla, where it is anticipated that a sizable contingent of members of the Pahari minority will be present.

While members of the Gujjar tribe protested in Shopian today, urging the Centre not to tamper with the ST status of the community, the potential of conferring ST status to the Paharis has caused a political controversy and division within the National Conference party.

Unexpectedly, a top National Conference figure and former MLA has urged Jammu and Kashmir residents to attend the Union Home Minister’s rally. “Community is paramount. Politics next. We should all participate in the demonstration and demonstrate our unity. We would never gain ST status if we don’t do it now “said Kafeel ur Rehman, a former National Conference MLA who served two terms.

20 buses were held on standby for Mr. Rehman’s supporters’ journey to Baramulla, where Mr. Shah will speak at a rally on Wednesday, according to Mr. Rehman.

A number of senior National Conference figures, like Mushtaq Bukahri of Rajouri, have already left the organization and publicly backed the BJP on the issue of granting Paharis ST status.

The chief spokeswoman for the National Conference, Tanvir Sadiq, claimed he was unaware of Mr. Rehman’s statement. “Definitely not what the party is on. I’ll verify his assertion and come back to you “said he.

The Pahari community has also been urged by Muzafar Baig, a former deputy chief minister of Jammu and Kashmir, to attend the march in big numbers. In November 2020, Mr. Baig—also a prominent Pahari figure—resigned from the Jammu and Kashmir People’s Democratic Party (PDP).

“We have faith that Shah Sahib would grant the Pahari community’s long-overdue and legitimate request. It will be a wise and significant choice. I urge everyone to show out to the march and demand justice “Mr. Baig stated in a video message.

The potential of awarding Paharis ST status in Jammu and Kashmir has stoked intense political conflict and widened the gap between Gujjars, Bakerwal tribals, and Paharis. Bakerwals and Gujjars already have ST status. These tribals now hate the matter of Paharis being recognized as ST.

Former chief minister and PDP leader Mehbooba Mufti claims that the BJP is dividing the communities by utilizing the reservations card. Ms. Mufti urged the groups to maintain their unity and refrain from conflict in a video message.

“Pirpanjal (Rajouri-Poonch districts) is under tension as a result of the Home Minister’s visit and the potential proclamation of ST status.

Fighting amongst individuals is required. They are turning you all against one another. They started by opposing Hindus and Muslims. They now want the Paharis and Gujjars to fight each other “The Mufti warned.

The Pahari people would become the first linguistic group to receive reservations in India if ST designation were to be granted. The Reservations Act must be amended by the Central government in the Parliament for this to occur.

A Bill is expected to be passed in the upcoming session of Parliament, according to Pahari leaders.

Giving Paharis ST status is viewed as a crucial political move by the BJP to secure the most seats possible in Jammu and Kashmir. In that sense, the BJP’s election campaign will officially get underway when the Union Home Minister speaks at two rallies in Jammu and Kashmir.

For more than four years, Jammu and Kashmir has been without an elected government. Elections can be called at any moment after the November 25 completion of the electoral roll revision.

The president of the BJP’s Jammu and Kashmir branch, Ravinder Raina, declared that his party is prepared for elections at any time.