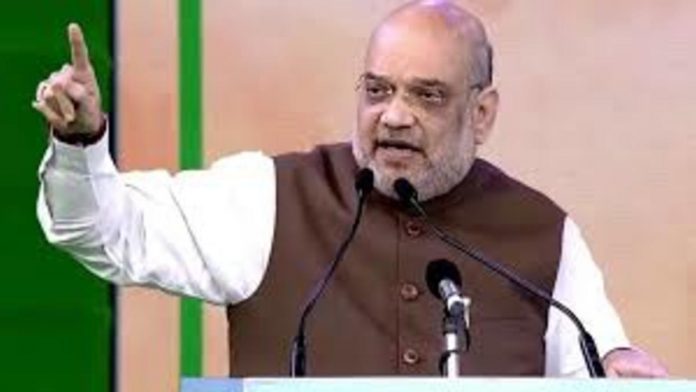 Union Home Minister Amit Shah will reach Srinagar today amid huge security for his three-day visit to Jammu and Kashmir. This comes after a series of civilian killings in the Union Territory in last few weeks.

It is his first visit to Jammu and Kashmir after it became an Union Territory following the scrapping if Article 370 on August 5, 2019, which granted special status to the state.

The recent series of civilian killings in the valley has led The officials to tighten the security for the minister and to fortift a 20-km radius around Raj Bhavan in Gupkar road where Amit Shah will be staying for next three days.

In these three days he will also meet the bereaved families of those who killed in the recent civilian attacks.

Later on, he is scheduled to chair a meeting of the Unified Command to review the situation on ground.

“Last month after a meeting in New Delhi he had tasked agencies with some homework. He will be reviewing those aspects on the ground,” said a source.

The main focus is likely to be on the increased levels of infiltrations through the border areas.

Chief of Intelligence Bureau Arvind Kumar, Chief of CRPF, chief of Border Security Force Pankaj Singh and the chief of the NSG along with Jammu and Kashmir’s top cop will share their views on security issues with Amit Shah.

Tomorrow the Union Minister will travel to Jammu where he will address a public rally on Jan Samwad. “He will again fly back to Srinagar where he will spend all three nights,” the sources futher told.

And at least on Monday, Amit Shah will meet the sarpanches to address their concerns.

In the mean tume, the security level has been tightened in the valley with motorboats of the CRPF scanning Srinagar and with a battery of drones.

Drones are keeping a check on any suspicious movement across the Srinagar, while motorboats of CRPF are scanning the Dal Lake and the Jehlum River that flows through out the city.
“Regular area domination exercises are being carried out. Also, flash nakas are being organised,” told CRPG’s Deputy Inspector General (Operations) Mathew A John.

“Snipers and sharpshooters have been deployed at strategic places. Vehicles are being checked and pedestrians are being frisked. It’s not to harass the public but for their safety, too,” he further said.