Amid Rumours Of Feud With Arshad Warsi, Akshay Kumar Finally Opens Up 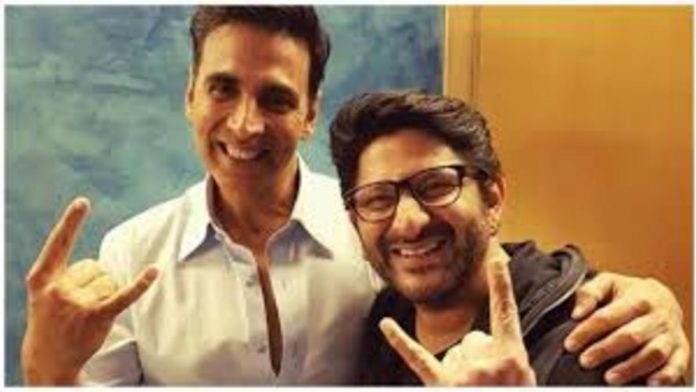 Akshay Kumar has spoken out about his supposed feud with ‘Bachchhan Paandey’ co-star Arshad Warsi, which was reported during the release of ‘Jolly LL.B 2’. He emphasised that nothing of the sort transpired between him and Arshad, putting the rumours to rest.

The actor was speaking on the sidelines of a press conference for ‘Bachchhan Paandey,’ when he was joined by Warsi, Kriti Sanon, Jacqueline Fernandez, and Farhad Samji, the film’s director.

“It’s frequently stated in the media that I don’t get along well with the individuals I work with,” Akshay Kumar remarked philosophically.

Another episode from ‘Sooryavanshi’ came to mind. “Even during the filming of ‘Sooryavanshi,’ it was reported that I had a major spat with Rohit Shetty (Shetty). The truth is that such reports are unfounded “According to Akshay.

“Whoever I work professionally with, I always keep friendly relations,” the action star added. After referring to ‘Jolly LL.B.’ as his film, Warsi joked, “Ahem, my ‘Jolly LL.B.’,” before hugging Akshay.

Akshay had previously issued a social media filter during the interaction. Users may create reels with the filter, which features Akshay’s character’s trademark neckpieces, turban, and fake eye.