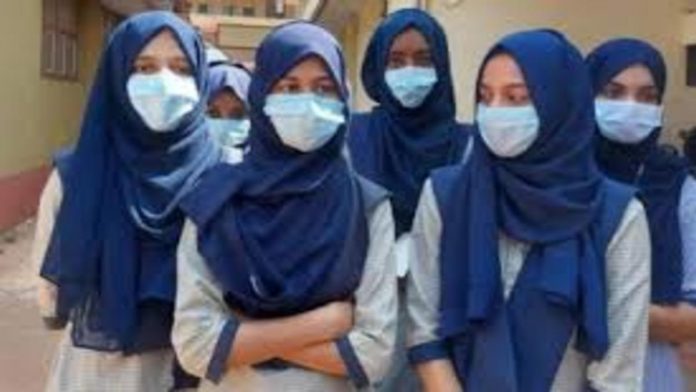 In the middle of the continuing issue in Karnataka over wearing the hijab to school and college, Madhya Pradesh School Education Minister Inder Singh Parmar remarked on Tuesday, February 8th, that the hijab should be banned in schools and that a new dress code would be proposed soon.

“The hijab is absolutely not a part of the dress code,” the minister stated in response to a question on whether it will be included in the new dress code. It isn’t part of a school’s dress code. The hijab should be prohibited. It will undoubtedly be prohibited here as well, and additional debates will be held.”

“As per India’s culture and customs, people should practise their faith in their own homes,” he remarked, referring to the hijab issue in Karnataka, where Muslim women students were denied access to schools and universities in Udupi and Chikmagalur. The girls who wear hijabs are breaking the dress code on purpose to create a hostile environment.”

He further stated that discussions on a new dress code to be implemented in all Madhya Pradesh schools will be held soon.

“We’ll have discussions about the dress code here as well,” the minister stated. The dress code of a school must be followed. It is preferable for both girls and boys to wear the school-mandated uniforms. This is how school discipline will be maintained.”

Muslim women were denied admission to the Government Women’s PU College in Udupi, Karnataka, in December 2021 because they wore hijab.

In Puducherry, an investigation is underway on a headmaster’s objection to a student wearing a hijab.

In Puducherry, an event similar to the one described in Udupi has surfaced. The principal of a Government High School in Ariyankuppam allegedly advised a student to refrain from wearing hijab on school grounds.

According to the news agency, the Puducherry government’s Directorate of School Education has requested the headmaster to investigate the event.

The ninth-grade student has been wearing a hijab since she was in the first grade at the same school, according to her father, who also noted that the hijab was just recently objected to.