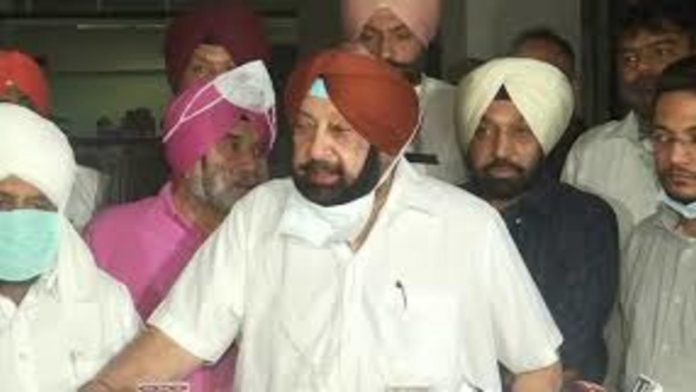 With few months till the assembly elections, sources say Captain Amarinder Singh may form a new political party within the next fortnight, notwithstanding the continuing power struggle in Punjab.

According to sources, Singh is in contact with about a dozen Congress officials, and he is consulting his supporters on his next move. Singh is also expected to meet with some of Punjab’s farmer leaders.

Singh paid a visit to Union Home Minister Amit Shah at his residence in Delhi on Wednesday, raising speculation that he may join the BJP after stepping down as Punjab chief minister. Amarinder Singh, on the other hand, reiterated on Thursday that he is not joining the BJP, but neither is he staying with the Congress.

Singh had stated after the important meeting with Shah that he was there to discuss farm rules with the Union minister.

Amarinder Singh has also announced that he is no longer a member of the Congress party, and that he will ensure that Sidhu does not win the forthcoming Punjab assembly elections.

Singh announced his retirement as CM weeks after Sidhu was ceremoniously elevated as the Punjab Congress chief, as the Congress party rallied behind the new leader.

Sidhu succeeded in installing a chief minister from his camp, but he then announced his resignation as Punjab Congress chairman, plunging the party into disarray ahead of next year’s assembly elections.