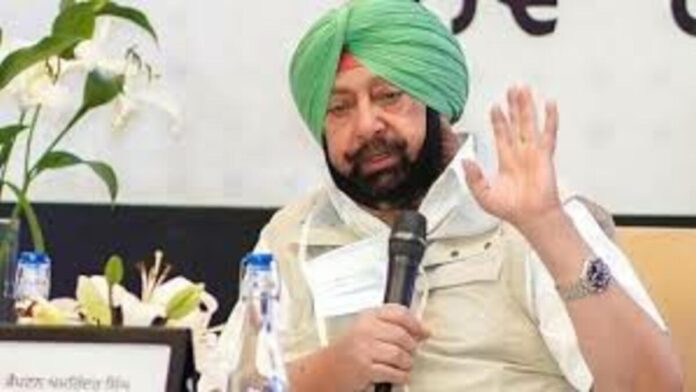 In the presence of Bharatiya Janata Party national president JP Nadda, Captain Amarinder Singh, the two-time former chief minister of Punjab, will join the BJP on Monday at 4.30 pm in Delhi. Singh would also combine the saffron party with his recently founded Punjab Lok Congress (PLC).

According to party spokesperson Pritpal Singh Baliawal, seven former MLAs and one former MP who joined the PLC will also be among those who follow Singh.

Singh, who just got back from recovering from spinal surgery in London, established the PLC last year after leaving the Congress after his abrupt resignation as chief minister. He even formed an alliance with the BJP in Punjab to run in the Punjabi assembly elections.

According to Baliawal, additional PLC officers and district presidents would also join the BJP at a separate Chandigarh event.

A few days ago, Singh met with both Prime Minister Narendra Modi and Union Home Minister Amit Shah. Singh reported that his meeting with Shah on September 12 resulted in a very fruitful discussion about a range of topics, including the increased incidence of narco-terrorism in Punjab and the state’s future development strategy.

The twice-resigned chief minister is a descendant of the former Patiala royal house.