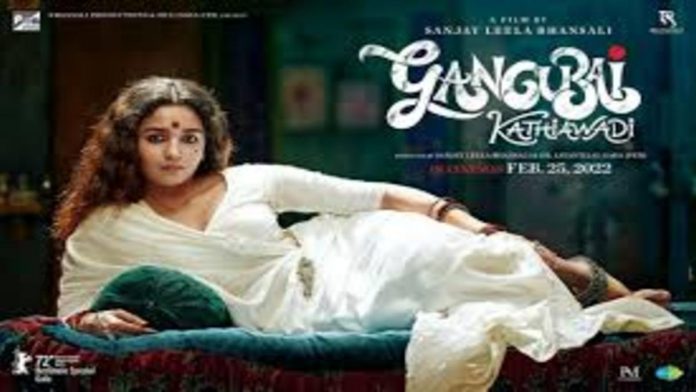 Gangubai Kathiawadi, the much-anticipated period drama, is off to a strong start at the box office. According to our preliminary estimates, the Sanjay Leela Bhansali film has grossed between Rs. 8.25 and Rs. 9 crores. The picture has outperformed expectations, with the trade expecting an opening day of roughly Rs. 7 crore.

The highest contributors for Gangubai Kathiawadi were Mumbai and Pune, with night shows going on a rampage with full houses all over. The feedback has been overwhelmingly good, with a major portion of the audience being female. On Saturday and Sunday, the box office is projected to increase, with the opening weekend takings expected to be about Rs. 33 crore.

The film has been sold to PEN Studios for an excessive price, therefore it is critical that it maintains its momentum over the next 10 days and generates a large sum of money. Gangubai Kathiawadi has surpassed Raazi as the highest-grossing solo Alia Bhatt film of all time, with around Rs. 7.53 crore. It’s also the pandemic’s third-largest opener, behind Sooryavanshi and 83, and it’s on a non-holiday day. Despite the fact that it was not a vacation season, Gangubai Kathiawadi’s collections exceeded 83 in various sites around Mumbai, which is a significant feat.

The film’s opening day was boosted by Sanjay Leela Bhansali’s brand value, but even a filmmaker like him needs a star, and Alia Bhatt’s place as the largest crowd magnet among female stars today was cemented on opening day. While Mumbai, Pune, and Gujarat will continue to drive revenues, other circuits are projected to see a jump in collections during the weekend, and one can already predict large improvements in the next two days.