Akhilesh Takes Another Dig At Yogi Adityanath, Says “Will Take Out Vacancies If Voted To Power’ 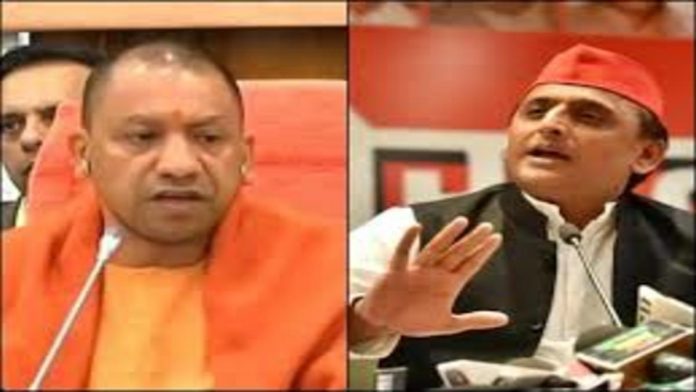 Following Uttar Pradesh Chief Minister Yogi Adityanath’s ‘garmi’ remark, SP Chief Akhilesh Yadav again takes out a dig saying whether the Chief Minister ‘takes out the heat’, SP will take out vacancies in the state if voted to power.

“Baba Chief Minister [Adityanath] is saying that he will take out the heat. We want to tell him that irrespective of whether he is able to do that, we will take out vacancies,” said the SP Chief.

“If the Samajwadi Party comes to power we will bring vacancies, even if we have to take out recruitment in the Army,” he added.

For past few days, Akhilesh Yadav has been critical of Adityanath and for his statement on January 30 he said, “I will take out the heat that is being displayed in Kairana and Muzaffarnagar.”

In his tweet on January 29, Adityanath had said in a tweet, “The candidate of the tamanchawadi (gun) party from Kairana is threatening that the heat has not calmed down yet! After March 10, the heat will cool down.”

Earlier, the SP Chief had said, “Baba mukhyamantri ko mohabbat se nahi nafrat se lagav hai. (The CM has an affinity to violence, not peace). This time, voters of Gorakhpur will send him back to Uttrakhand from where he has come.”

Ally Rashtriya Lok Dal Chief Jayant Chaudhary supported Akhilesh Yadav saying, “Yogi Adityanath uses unparliamentary language to avoid uncomfortable questions. Such language will not lead the state to development. Yogi Adityanath should specify how he will take out the ‘garmi‘ of unemployed youth in the state.”