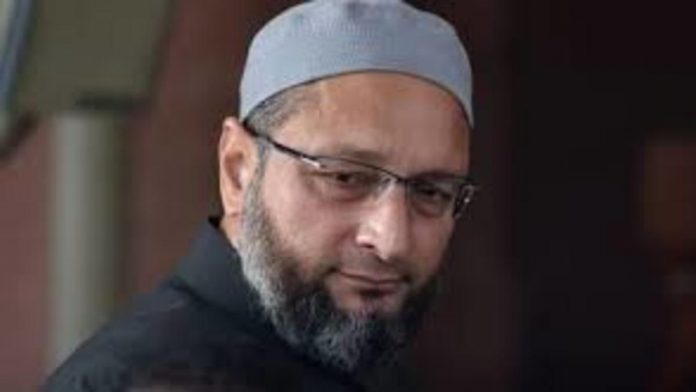 After his Delhi apartment was vandalised by Hindu Sena members on Tuesday, Asaduddin Owaisi, the leader of the All India Majlis-e-Ittehadul Muslimeen (AIMIM), criticised PM Modi and Union home minister Amit Shah. Owaisi said the vandals were armed with axes and sticks as they flung stones at his house and smashed the nameplate as he shared photos of his official property on Delhi’s Ashoka Road.

“My Delhi residence was vandalised today by radicalised goons. Their cowardice is well known & as usual they came in a mob, not alone. They also chose a time when I was not home. They were armed with axes and sticks, they pelted stones at my house, my nameplate was destroyed,” the Lok Sabha MP said wrote on Twitter.

He further said that the caretaker was beaten in the midst of communal chanting and threats to assassinate the Hyderabad MP. Owaisi challenged Shah in a series of tweets what message he is sending if an MP’s home in the national capital is not safe.

“@PMOIndia preaches to the world how we must fight radicalisation, please tell who radicalised these goons? If these thugs think that this is going to scare me, they don’t know Majlis and what we are made of. We’ll never stop our fight for justice,” the AIMIM chief tweeted.

Following the event, the Delhi Police detained five Hindu Sena members for their alleged involvement in the incident, according to press reports. A case has been filed at the Parliament Street police station, according to authorities. According to sources, the Hindu Sena’s national head stated they were angered by Owaisi’s “anti-Hindu” sentiments in his rallies.

Owaisi has began AIMIM’s electoral campaign in Ayodhya for the 2022 Uttar Pradesh Assembly elections, invoking the 1992 demolition of the Babri Masjid.

“The secular parties are scared of mentioning it today. They keep scaring you and benefitting… The community will not be scared. Muslims are taught to fear only God… I have come here to defeat the BJP and ensure they don’t form the government here,” Owaisi had said.