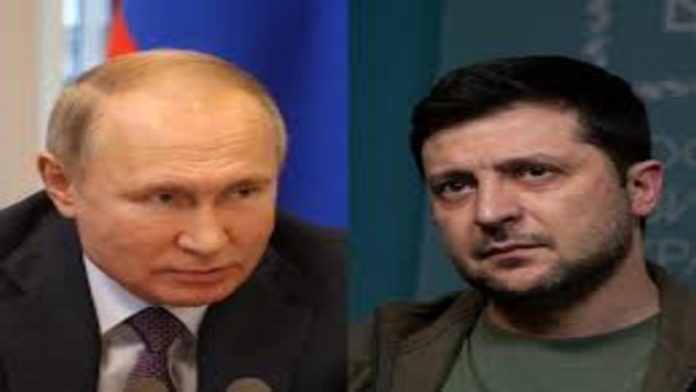 As the war with Russia began its 14th day, Ukraine’s President Zelenskyy announced that he will no longer push for Ukraine’s membership in NATO, a sensitive issue that was one of Russia’s claimed reasons for invading its pro-Western neighbour. Zelenskyy also stated that he is willing to “negotiate” on the status of two pro-Russian breakaway territories that President Vladimir Putin recognised as autonomous just days before the invasion began on February 24.

Both sides established a ceasefire and opened humanitarian corridors in six cities, including Sumy and Chernihiv, to evacuate all citizens stranded in Ukraine. All medical students who were stranded in Sumy were able to be evacuated thanks to the Indian Embassy in Ukraine. They have left the city and will be flying back to the United States on special aircraft organised as part of Operation Ganga.

The International Atomic Energy Agency (IAEA) lost touch with monitoring equipment at the power station, causing Chernobyl to become a talking point once more. Because power is required to cool down spent nuclear fuel, a power outage at the plant raised the risk of a probable radioactive release.

The IAEA, on the other hand, published a statement declaring that the plant’s power outage posed no threat to safety. Here are the most important developments in the Russia-Ukraine conflict.

ZELENSKYY NO LONGER PRESSING FOR NATO MEMBERSHIP
In an interview aired Monday night, Zelenskyy stated, “I have cooled down on this topic a long time ago after we established that Nato is not prepared to embrace Ukraine.”

In response to a question about Nato membership, Zelenskyy replied through a translator that he did not want to be president of a “country on its knees begging for something.”

OUR SANCTIONS WILL HURT YOU: RUSSIA WARNS WEST
Russia has issued a warning to the West, stating that its response to Western sanctions will be “rapid,” “thoughtful,” and “delicate.” Since the demise of the Soviet Union in 1991, when the West put devastating sanctions on practically the entire Russian banking and corporate sector, Russia’s economy has been in freefall.

The United States placed an emergency ban on Russian oil and other energy imports on March 8. Russia stated that the United States should wait for its “reaction” to any measures imposed thus far. Meanwhile, 160 Russian oligarchs and senators have been sanctioned by the European Union.

‘SOME’ PROGRESS IN RUSSIA-UKRAINE TALKS
Russia claims that ‘progress’ is being made in negotiations with Ukraine to end the crisis. The’special military operation’ was also declared to have no intention of overthrowing the Ukrainian government.

“Russia will achieve its goal of ensuring Ukraine’s ‘neutral status,’ and prefers to do so through dialogue,” said Maria Zakharova, a spokeswoman for the Russian foreign ministry. Meanwhile, according to Zelenskyy, the Ukrainian administration is preparing for the next round of peace talks with Russia.

“Russian troops launched a direct attack on the maternity hospital. People, including children, are trapped beneath the rubble “Zelenskyy sent out a tweet.

Airstrikes in residential areas in Zhytomyr and Kharkiv, according to the government, resulted in seven deaths, including three children. Overnight Russian strikes in Sumy claimed the lives of 22 individuals. So far, almost 8,00,00 children have been displaced by the fighting.

Ukraine has also reported that around 12,000 Russian troops had died in the conflict. According to the United Nations, 2.1 million people have fled Ukraine since the Russian invasion began. At least 474 civilians have died as a result of the war.

POWER LOSS AT CHERNOBYL NUCLEAR PLANT AND CONCERNS OVER RADIATION LEAK
Following the Russian onslaught, the Chernobyl nuclear power facility was completely unplugged from the power grid today. The authorities stated that the lines could not be restored. It demanded a cease-fire so that electrical wires could be repaired. The IAEA also lost communication with Chernobyl security control systems’ remote data transfer. Because it is unable to cool spent nuclear fuel, Ukraine’s state-run nuclear industry has warned that radioactive substances could be leaked from Chernobyl.

The IAEA, on the other hand, ruled out any significant impact on the power plant’s safety. It said that “the heat load of the spent fuel storage pool and the volume of cooling water at Chernobyl nuclear power station are sufficient for effective heat removal without the requirement for electrical supply.”

Both the Chernobyl and Zaporizhzhia nuclear power stations are still in Russian hands. Since around 400 Russian forces took control of the plant, Ukraine’s energy minister claimed that authorities are unaware of what is going on there.

Russia claims that control over Chernobyl and Zaporizhzhia was established during the’special operation’ in Ukraine to avoid any nuclear provocations.

RUSSIA ADMITS TO THE USE OF CONSCRIPT SOLDIERS IN WAR
Ukrainian troops have seized captives, according to the Russian military ministry. Conscripts are soldiers who are drafted into the army without their consent. Putin had previously disputed the deployment of conscript soldiers in wartime.

“I emphasise that conscript soldiers are not involved in hostilities and will not participate in them,” Putin stated in a televised address.