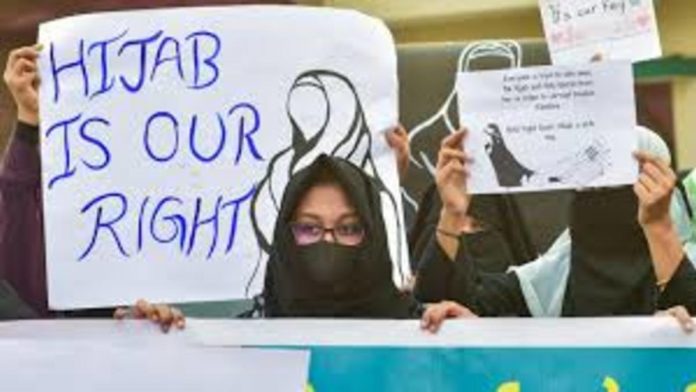 Hearing the hijab ban, the Karanataka High Court bench said on Thursday that students should not be allowed to wear religious dress to schools and colleges. The case’ next hearing is now scheduled on February 14.

In the mean time, the state government has ordered to resume the classes of 1-10 from next week in a phased manner. The Karanataka government had ordered a three day holiday for schools and colleges amid the tension and violence in these educational institutions over hijab versus saffron shawls controversy. Prohibitions have been imposed in Bengaluru and no violence is allowed within 200 meters of any educational institutions.

After the Karanataka High Court order, the petitioners moving to Supreme Court told the court it suspends their fundamental right ri freedom of conscience.

The petitioners in the apex court said the Karanataka HC order “has in effect suspended article 25(1) for the Muslim community in Karnataka.”

A few petitioners also told the SC that the HC order will only affect the Muslim women and creates “unreasonable classification” as no other religious community is affected by any such ban.

The Karanataka High Court’s order on Thursday has asked students to go to schools and colleges without showing any religious sign, hijab/headscarf.The order has been called an insult to the fundamental right guaranteed under Article 25 of the Indian Constitution, said the petitioners.

However, the Supreme Court had denied to hear the hijab case on immediate basis saying, the High Court should hear the case first.