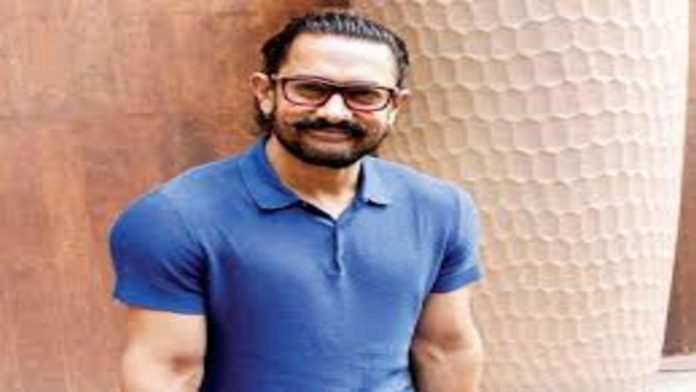 During the Covid-19 pandemic, actor Aamir Khan claimed that he had resolved to leave the Hindi film industry in the previous two years. In a new interview, Aamir explained that he didn’t publicise his choice because he feared it would be perceived as a “marketing plan” ahead of the premiere of Laal Singh Chaddha. The actor further said that his ex-wife, film producer Kiran Rao, was the one who told him his decision was wrong. Kiran cried when Aamir told her about his decision, according to Aamir.

On Saturday, actor Aamir Khan spoke about his reflective mindset, which he has been in for the past few years, at the ABP Ideas of India event in Mumbai. Aamir stated that he, like everyone else, had lost a lot but gained a lot as a result of the pandemic. Aamir announced his divorce from his wife Kiran Rao, whom he’d been married to since 2005, last year. He revealed during the session that he felt so guilty about not being present for his children and family for so long that he decided to leave the film profession to make up for lost time.

“I feel like I’ve spent my life following my ambitions and attempting to realise them,” he added in Hindi. But I didn’t pay attention to my loved ones on this adventure. My parents, siblings, children, my first and second wives, Reena and Kiran, and their parents… Maybe I wasn’t able to devote enough time to them. My daughter is now 23 years old. She had to have missed my presence in her life when she was younger, I’m sure. She’ll have her own concerns, anxieties, dreams, and hopes. I realise now that I wasn’t there for her. I didn’t know her dreams, worries, or hopes, but I did know my directors’ fears, dreams, and hopes.”

Aamir stated that he has come to realise that time is the most valuable thing a person possesses. “We know we’ll run out of time at some point, but we’re not sure when.” I suddenly realised that I’d been living my life in a trance, and that I’d lost a lot of ground as a result.” According to Aamir, the most important contribution one can give to their country is to instil the proper values in their children. “And I was nowhere to be found.” He claimed that he was so dissatisfied with the way things had turned out that he had decided to leave the film industry. His children, on the other hand, persuaded him to establish a balance in his life rather than make the drastic decision. In a lighter spirit, he paraphrased them as saying, “You’ve spent more time with us in three months than you ever have, leave us alone now.” He claimed that a tearful Kiran was the one who persuaded him to reconsider his decision, claiming that film runs through his blood.

Aamir also discussed his relationships with Kiran and Reena Dutta, both of whom he divorced. He stated he grew up with Reena and that even if they never married, they would still be friends. Aamir admitted that some would find it strange to see them socialise in public despite their separation, but that they are on wonderful terms. “We would like to respect the institution of marriage, and not be in a marriage and not respect the boundaries of what people consider to be the boundaries of a marriage,” Aamir remarked when asked why they split up if they love each other. Giving more specifics regarding his arrangement with Kiran, he stated that she lives on the floor above his and that their son Azad has not experienced any changes in his life as a result of their near proximity. They did, however, make an attempt to explain marriage and divorce to him.

Laal Singh Chaddha, a remake of the Hollywood hit Forrest Gump, is set to hit theatres on August 11 after multiple delays due to the pandemic.