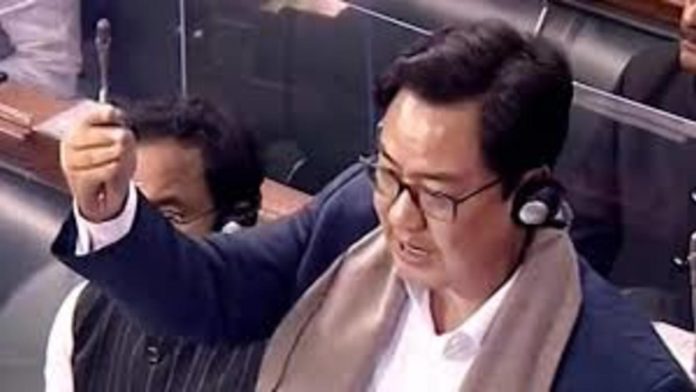 Union Minister of Law and Justice Kiren Rijiju told the Lok Sabha on Friday that Aadhaar is not proof of citizenship.

According to the news agency, the Lok Sabha has been notified that third parties and government entities would not have access to the link between Aadhaar and voter identity cards.

Kiren Rijiju answered to a written question on whether such a potential exists and if goods exist to authorise or deny access. According to a report, he stated, “No such relationship would be made.”

In response to a separate question during Question Hour, the Law Minister stated that it is difficult to put a cap or regulate the “exorbitant” fees charged by some lawyers in the country, but that efforts are being made to encourage good lawyers to take on cases of the poor for free or at a low cost, according to a report.

A measure was recently passed in Parliament to integrate the Aadhaar database with voter lists in order to reduce duplicate entries.

The deadline for linking a PAN with an Aadhaar number has been extended till March 31, 2022, by the Income Tax Department (ITD).

PAN cards that are not linked to Aadhaar cards would be deemed inactive after March 31.

In addition, if a defaulter fails to provide PAN card information, a penalty of Rs 10,000 may be imposed.

The national government has made linking PAN with Aadhaar mandatory in order to increase transparency, particularly during financial transactions.