A Quick Recap Of Money Heist Before You Watch It. 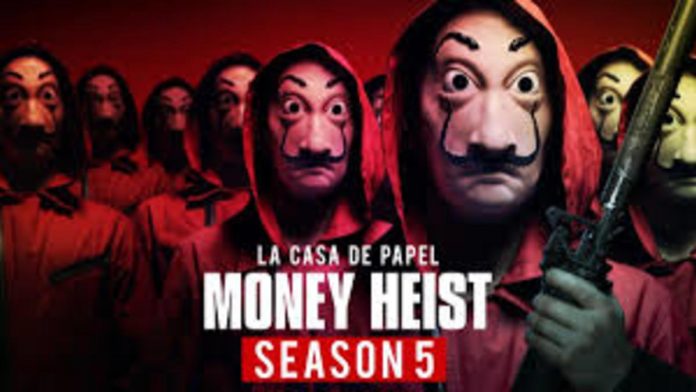 Money Heist, Netflix’s acclaimed thriller series, is returning! It’s about to start its fifth and final season. The Spanish television series will be divided into two volumes, each with five episodes. The drama, dubbed “La Casa De Papel” in Spanish and created by Alex Pina and produced by Vancouver Media, finished production on its final instalment on May 14. The gang was imprisoned in the Bank of Spain for almost 100 hours in the last season. They’ve rescued Lisbon, played by Itziar Ituno, but now they’re facing their darkest hour after losing one of their own. Sierra (Najwa Nimri) has kidnapped the Professor (Alvaro Morte), and he doesn’t have an escape plan for the first time. When it appears that nothing more could possibly go wrong, an enemy arrives who is far more formidable than any they’ve encountered before: the army. The final chapter’s official logline says, “The largest theft in history is approaching, and what began as a robbery will turn into a battle.”

How to watch Money Heist season 5 in India
Money Heist Season 5 Volume 1 will start streaming from September 3rd, at 12:30 pm IST, exclusively on Netflix, which is a subscription-based service.