7 Dead, 13 Injured In A Tragic Bus Accident In Bhind District Of Madhya Pradesh 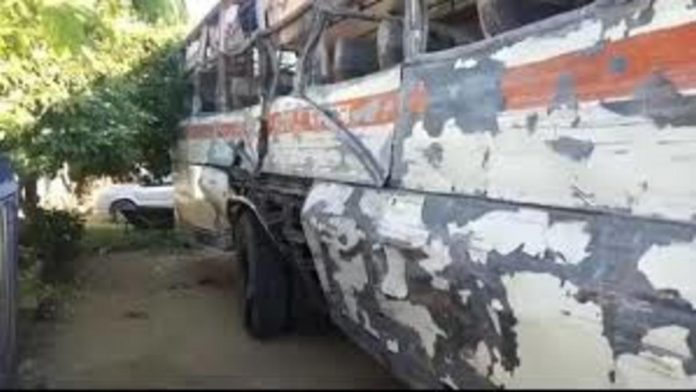 On Friday morning, a tragic event occurred in Madhya Pradesh’s Bhind district. On the national highway here, the bus and the container hit head-on. The accident killed seven persons on the spot and injured another 13. The injured were taken to the hospital, and the local police department was dispatched to the scene.

Locals flocked to the scene, shouting and pleading for help. The police were notified as a result. The incident occurred in the Gohad Thane neighbourhood of Dang Birkhadi.

The incident injured 13 people, four of them were in severe condition, according to Bhind’s SP. The injured have been sent to a Gwalior hospital, according to SP Manoj Singh.