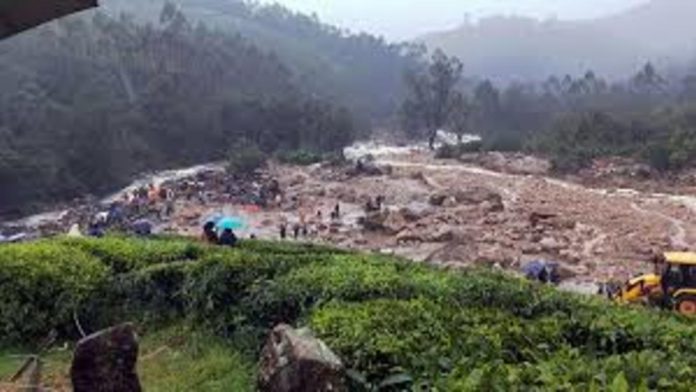 Six people have lost their lives due to heavy rain in Kerala that triggered landslides in Kottayam and Idukki districts. Devotees have been asked not to visit Sabarimala Temple today and tomorrow. The rescue operations are underway.

There was continuous rainfall in many parts of the state through the night and the rain intensity in most parts of Kerala has reduced in morning. However, there is no report of flooding yet.

Chief Minister Pinarayi Vijayan has directed to intensify the rescue operations in a high-level meeting and he assured that all efforts will be made to evacuate those stranded to safe places.

For camp facilities, the Chief Minister has said that there should be proper adherence to Covid protocol and sufficient availability of drinking water, sanitisers, masks, medicines. Extra cautions should be taken for those who have co-morbidities and those who are yet not vaccinated.

State colleges which were to open from October 18 will now open from October 20.
Congress leader and MP from Wayanad constituency said in a tweet, “My thoughts are with the people of Kerala. Please stay safe and follow all safety precautions.”

The Health Minister of the state Veena George also assessed water logging in the low lying areas that are witnessing a floor-like situation.

Landslides have been reported from Kottayam and Idukki districts Twelve people have been missing since then in Kottayam. The rescue operation us being delaying to due to bad weather conditions in Kottayam.

On state government’s direction teams of Army, Navy and Air Force have been deployed to assist civil administration in handling the situation. The National Disaster Response Force has decided 11 teams.