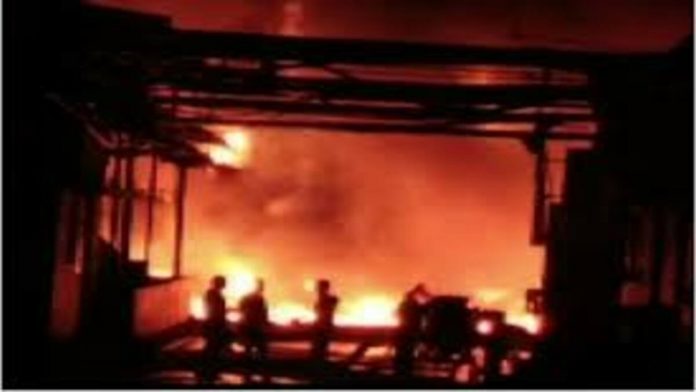 A fire at a pharmaceutical plant in Andhra Pradesh killed six workers and injured 12 others after midnight on Thursday. The fire is thought to have been started by a reactor explosion triggered by a gas leak.
The incident occurred in the West Godavari district’s Akkireddygudem. When the fire broke out in Unit 4 of the pharmaceutical plant, 18 people were killed.

In two hours, the fire was brought under control.

Four of the six victims were Bihar migrant labourers. So far, the bodies of two of the victims have been found.

Chief Minister Jagan Mohan Reddy has expressed his sorrow over the disaster and provided a compensation of Rs. 25 lakh for the victims’ families.

The issue has been sent to the Superintendent of Police and the District Collector for a full inquiry.