3 Navy Personnel Dead After Explosion On Board Navy Destroyer Ship 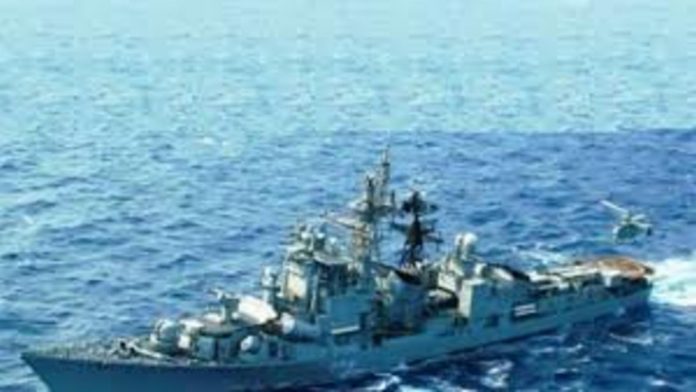 An explosion on board Indian Navy’s destroyer ship has killed three naval personnel.

“In an unfortunate incident today at Naval Dockyard Mumbai, three naval personnel succumbed to injuries caused by an explosion in an internal compartment onboard INS Ranvir,” said a release by Defence Ministry. However, no damage to material has been reported yet.

According to the sources, the explosion took place around 4:30 pm and was not related to weapons or ammunition. An inquiry has been ordered to probe the matter.

“The ship’s crew responded immediately and quickly brought the situation under control,” the release further said.

INS Ranvir was on cross-coast functional deployment from the Eastern Naval Command since November 2021 and was because of return to base port shortly.

INS Ranvir, the first of the Ranvir class destroyers, was authorized into the Indian naval force on April 21, 1986. The ships were developed in the former Soviet Union. The job of Ranvir class ships includes security, like, anti-aircraft and anti-submarine fighting for carrier task force against submarines, low-flying airplane, and cruise missiles.career

The current Navy chief Admiral R Harikumar has directed the boat before in his career.