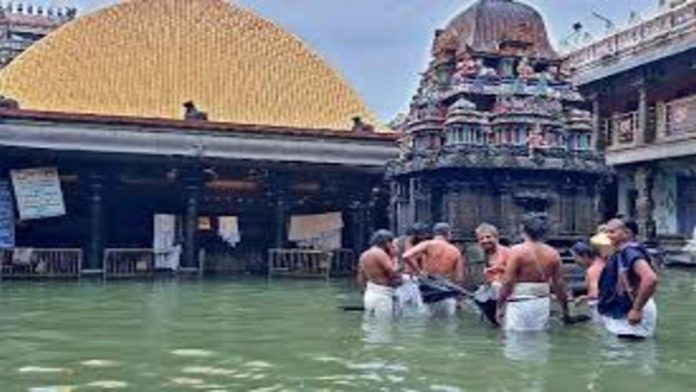 The Scheduled Caste and Scheduled Tribe (Prevention of Atrocities) Act has been used to charge 20 priests from the famous Chidambaram Nataraja temple.

The action was conducted after the priests allegedly prevented Lakshmi (36), a woman from Old Bhuvanagiri Road’s SC community, from receiving ‘darshan’ at Chitrambalai Medai, where the Nataraja idol is displayed for darshan.

No arrests were made despite the priests being charged under the SC/ST Prevention of Atrocities Act.

The priests allegedly verbally harassed Lakshmi and used casteist slurs, according to Lakshmi. The complaint is being investigated further, according to the police.

Every year, lakhs of worshippers travel from all over India and the world to see Nataraja’s idol at Chitrambalai Medai in Nataraja temple. Due to the Covid-19 outbreak and restrictions, however, a group of clerics decided that devotees should not be permitted to see the temple.

Another set of priests objected, resulting in hostility between the two groups of priests. Following an altercation with two other priests, three priests were charged with attempted murder.

A priest named Shakthi Ganesan and his family, which included his son and another priest named Darshan, as well as a woman devotee, attempted to enter the Chitrambalai Medai, but the three priests blocked them.

“This temple was erected by the Chola monarchs, and the priests don’t have the right to restrict anyone from praying at Chitrambalai Medai,” Darshan and Shakthi Ganeshan told reporters. Despite the fact that we filed a complaint against the three priests, the police have taken no action against them.”

In an interview with IANS, Ayyappan and Vegatesan, two priests who were part of a gang of priests who allegedly barred other priests from approaching Chitramabalai Medai, claimed, “There is no untouchability in this temple, and a segment of priests are bringing a bad name to the temple.” This temple is visited by Muslims and Christians alike. Because of the safety concerns and the Covid-19 outbreak, some limits were imposed.

“The woman submitted a fake complaint alleging that she was denied admittance. It was decided not to admit anyone into the Chitrambalai Medai, not because of her caste, but because of a majority vote among the priests. No one has the authority to intervene.”