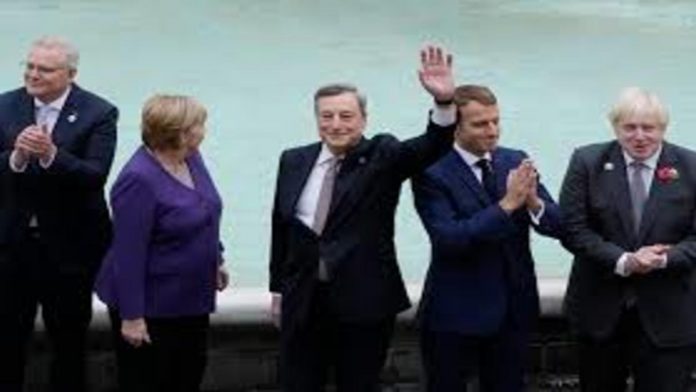 Climate negotiators at the COP26 summit were hoping for a boost from the world’s most powerful leaders before embarking on two weeks of tense negotiations over who should do what to slow global warming.

In the broadest sense, they got what they needed – any agreement was preferable to a squabble. Politicians pledged to cease funding overseas coal projects, address methane leaks, and take more steps to reduce global warming this decade. However, they were unable to agree on a specific date for the phase-out of the dirtiest fossil fuel and the achievement of net-zero emissions.

In Glasgow, the mood was one of disappointment. Unlike the G-20, which was primarily a conversation among the world’s greatest polluters (responsible for 80% of global emissions), the COP discussions brought together over 200 countries, including those who contribute far less to climate change but will bear the brunt of its effects.

“This is a good start, but it won’t prevent the climate from warming by more than 1.5 degrees,” said Mohammed Nasheed, the former president of the Maldives who now serves as the ambassador for climate-vulnerable countries, referring to the Paris Agreement’s stretch goal of limiting global warming to 1.5 degrees Celsius above pre-industrial levels. “This isn’t even close to being enough,” he remarked.

The diluted communiqué will make reaching an agreement among the hundreds of diplomats meeting in Scotland more difficult. Countries agree on the general framework that governs the negotiations, which was famously determined in Paris in 2015, in which each country agrees to do all possible to reduce emissions while wealthier nations provide financial assistance to help emerging economies improve their ambition.

The truth, however, is far more complicated. G-20 leaders, for example, decided in Rome to direct post-Covid stimulus monies toward climate action and to use development banks to raise more funding for developing nations. That’s what the Indian and Indonesian delegations told Bloomberg they’d need to phase out coal. However, the G-20 statement sidestepped the main issue: there were no specifics on how much money might be spent or when it could be secured.

Take, for example, methane. Stopping the release of the superwarming greenhouse gas is one of the cheapest, quickest, and most viable ways to chill the world, according to the G-20 countries. They did not, however, agree to the Global Methane Pledge, which aims to reduce emissions by 30% by 2030 compared to 2020 levels.

“This weak statement from the G-20 is what happens when developing countries, who bear the brunt of the climate catastrophe, are locked out of the room,” says Mohamed Adow, director of the non-governmental organisation Power Shift Africa. “At the very least, the UN process is open to all countries and allows climate vulnerable people to have their voices heard. The G-20’s exclusive club is manifestly unfit for purpose.”

The Paris Agreement’s temperature goals were restated by G-20 leaders, however the timescale for reaching net-zero emissions was shortened. Countries committed in the Paris accord to aim to reach the milestone by the “second half of this century,” but the G-20 agreed over the weekend to achieve carbon neutrality “by or around mid-century.” A previous draught of the statement suggested a 2050 deadline; however, countries such as Russia and China have recently established a 2060 deadline.

On the first day of the negotiations, COP26 President Alok Sharma acknowledged that the G-20 talks had been difficult, but cautioned that “one gathering – be it the G-20 or the COP26 – will not be able to address everything.” It demonstrated the need to speed up climate action this decade, he said. Making progress on the details and ironing out concrete benchmarks that hold countries accountable will be necessary.

“Success at the Glasgow climate talks hinges on rebuilding trust in many ways,” said Helen Mountford, vice president of climate and economics at the World Resources Institute, “trust that promised financial support will be delivered to developing countries, trust that major emitters will make bold emission cuts, and trust that new corporate commitments are transformative rather than PR stunts.”