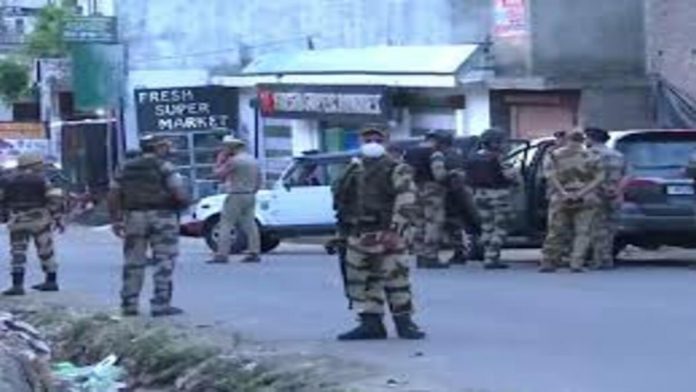 One security personal died and nine among Jammu and Kashmir Police personnel and Central Industrial Security Force (CISF) jawans were left injured in an encounter in Sunjwan region of Jammu in early hours of Friday.

Out of ten five personnel were injured in the night, among whom was Assistant sub-inspector (ASI) SP Patel of CISF, who succumbed to his injuries. Five more also sustained injuries by the morning as terrorist threw grenade from Under Barrel Grenade Launcher (UBGL).

Four others who were injured during the gunfire between the security forces and the terrorists were Police Head Constable Balraj Singh from Kathua, Pramod Patra of CISF from Odisha, Amir Soran of Assam and SPO Sahil Sharma from Akhnoor.

Two terrorists were also killed in the encounter. According to the sources the terrorists were part of the infiltration exercise. The terrorists have been identified as Fidayeens of suice attacks, said a security official. “They were carrying a large amount of ammunition,” he said.

Jammu and Kashmir DGB Dilbag Singh told media that, “Troops are in the ground. We are zeroing in on the terrorists”.

“We cordoned off the area in the night after receiving the information that a few terrorists are hiding here. One security personnel lost his life and four others got injured in the encounter. The encounter is underway”, said Additional Director General of Police, Mukesh Singh.

At least two Jaish-e-Mohammad (JeM) are beloved to be trapped in Sanjwan area. The operation was launched by CRPF and Jammu and Kashmir Police together.

The operation was kicked off after particular information was gotten by the joint tean in the Sunjwan region working together. Mobile and internet service providers were suspended in pieces of Jammu. In the mean time, drones were conveyed to find fear based terrorists.