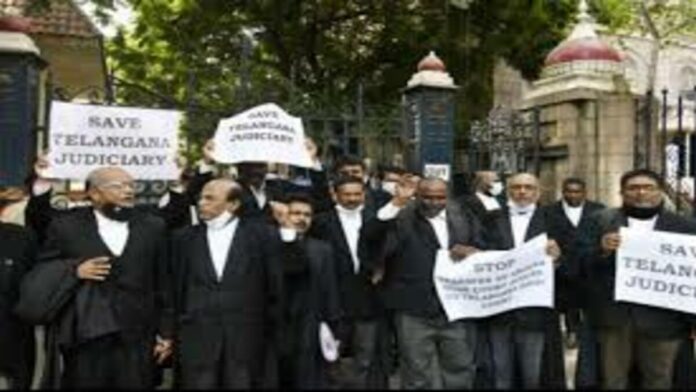 The Supreme Court (SC) collegium transferred two other Telangana High Court justices in response to the THCAA’s protest against the allegedly arbitrary transfer of Justice A Abhishek Reddy. It’s noteworthy to note that the THCAA has announced they would not be protesting this time.

Judge Dr. D. Nagarjun will be sent to the Madras High Court, while Judge Lalitha Kannegati has been recommended for transfer to the Karnataka High Court. The THCAA had voiced its opposition to Justice Abhishek Reddy’s appointment to the Patna High Court earlier this week. They said that Reddy’s transfer was “whimsical, hasty, and arbitrary” because the collegium failed to provide any justification for it.

V Raghunath, president of THCAA, contended that Reddy’s move was unique from other transfers in nature. “In September, Justices Lalitha and D Nagarjun received an evaluation on their move. Additionally, they had a say on the location of their transfer. However, Justice Reddy’s relocation was unexpected, according to Raghunath, who spoke to Siasat.com.

A THCAA team met with Justice DY Chandrachud, the Chief Justice of India (CJI), on Monday to discuss the transfer. In order to prevent their clients from suffering, Justice Chandrachud advised the attorneys to report back to work and promised to check into the situation. In opposition to the transfer of Justice Nikhil Kariel from the Gujarat High Court, the bar organisation for the Gujarat High Court met with the Chief Justice as well.

While Justice Kariel is currently expected to stay in Gujarat, the transfer of seven justices from different courts—three of them would leave the Telangana High Court—went on.

The complaints of the Telangana lawyers should have, according to Pasham Krishna Reddy, an attorney and vice president of THCAA, at the very least, been heard. “Our complaints should have been properly reviewed and relayed to us,” he said.

Raghunath said when asked whether they intended to resume their protests that they would instead be implementing a long-term strategy to persuade the Supreme Court to reconsider the appointment and transfer of High Court judges. In his view, the initiative was essential for fostering a positive connection between judges and the Bar.