11 Burnt Alive In Fire At Godown In Telangana’s Secunderabad 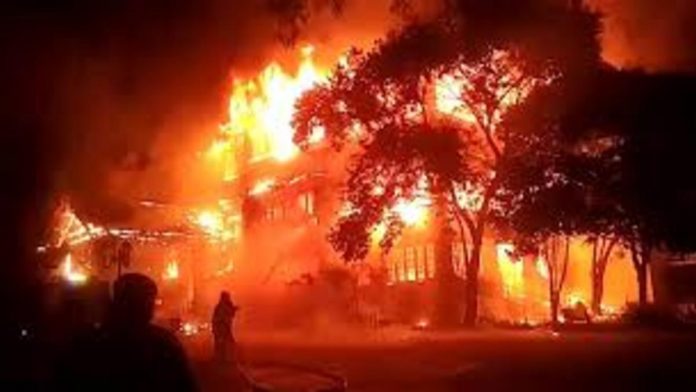 11 people have died in a fire engulfed in a timber godown at Bhoiguda in Secunderabad in the wee hours of Wednesday. The cause for the fire was a short circuit at around 4 am. Within, few minutes the entire godown was engulfed in fire.

The fire trapped workers sleeping inside the godown. From those who were sleeping – 4 to 5 workers had managed to escape the godown in time while, the rest were burnt alive in the fire.

Fire officials reached the destination and brought the fire in control after battling for over an hour.

The dead workers were migrants from Bihar.