10 Arrested In Misconduct During UPTET 2021 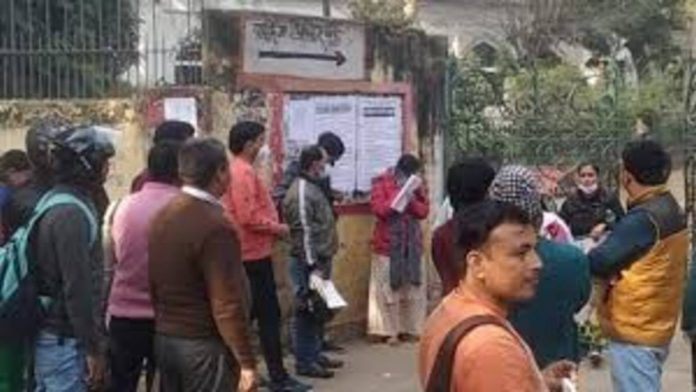 Amarjeet Verma, a proxy candidate, was arrested at Pratapgarh’s Saket Girls Inter College test centre. He was there in lieu of aspirant Vivek Kumar, and he was found with an electronic gadget.

Similarly, Vijay Bahadur Saroj, who took the exam in place of Deepak Kumar, was apprehended in Prayagraj, according to a Special Task Force (STF) statement released in Lucknow.
Sarvjeet Verma (of Pratapgarh), Raju Kumar Manjhi (of Siwan district in Bihar), and Dinesh Chandra Singh (of Fatehpur) were also arrested in Prayagraj for charging aspirants large sums of money to give them with answers.

Sonu Pal, a part of a solver gang who used to extort money from candidates, was also detained in Moradabad.

In Meerut, three members of a solver gang were captured, including the mastermind and a candidate.

Meanwhile, Uttar Pradesh Chief Minister Yogi Adityanath has announced that the UPTET examination was a success, congratulating all officers and staff involved in the process.

Adityanath used to Twitter to say, “In the difficult circumstances of the COVID pandemic, the successful conduct of UPTET-2021 is a triumph. For this, I extend my heartfelt congratulations to all officers and staff involved in the examination’s administration, including all candidates, centre administrators, room inspectors, and supervisors.”
It’s worth noting that the UPTET was cancelled last year due to a rumoured question paper leak.