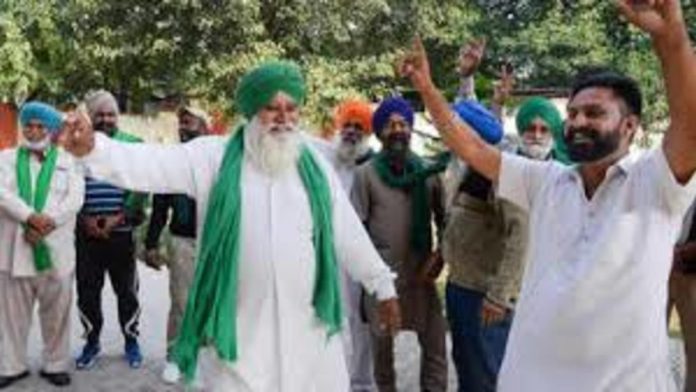 With state assembly elections just a few months away, Prime Minister Narendra Modi’s surprise move to repeal the three farm laws has thrown up exciting possibilities in Punjab’s political environment. The sole subject that has been dominating the discourse in the state’s politics until this morning, before the PM addressed the nation, was the ongoing farmers’ agitation and how it would affect the votes. However, now that the Centre has reintroduced those regulations, an interesting conflict appears to be brewing as political parties vie for credit for the decision.

Some commentators believe that former chief minister Captain Amarinder Singh, who had been attempting to push a “remove agricultural rules” proposal to Prime Minister Narendra Modi and Home Minister Amit Shah, will benefit the most. He had publicly stated that if the laws were repealed, he would form a strategic alliance with the BJP. He had been adamant that with the three rules in place, the party’s campaigning would become more difficult, particularly in rural areas. Singh was also concerned about national security, which he believed was tied to the protests.

Not content with an alliance with the BJP, the former Congressman has been attempting to enlist the support of other dissident groups such as the SAD (Dhindsa). His efforts will be aided by the removal of the laws, and it will be simpler for him to persuade non-Congress forces to join in.

The Shiromani Akali Dal (SAD) had also linked its politics in the state to what it called “real” farmer sympathisers. SAD, which had started its campaign by harping only on this issue, citing the resignation of senior leader and former cabinet minister Harsimrat Badal as an example, had been harping only on this issue, claiming that this was the party that had thought about the farmers and had given up its position for their sake. However, now that the law has been repealed, the party may be at a loss for what to do next. With Captain cozying up to the BJP, it appears that returning to the original coalition partner will be difficult.

The ruling Congress party has also placed a claim to the subject, claiming that they will not take any action that would harm farmers’ interests. Following his appointment as chief minister, Charanjit Singh Channi has made a flurry of “farmer-friendly” pronouncements, including a Rs 2 lakh compensation for each person detained by authorities in connection with the January 26 violence in Delhi during the protest. Even at a recent cabinet meeting, it was resolved to dismiss the FIRs filed against farmers accused of stubble burning. Farmers’ agitation appears to be at the heart of the party’s agenda. As a result of the withdrawal, the party will have to rethink its strategy in order to counteract anti-incumbency threats.

The main opposition Aam Aadmi Party will now have to not just find a chief ministerial candidate, but also reconsider its strategy. Political observers say it will be interesting to see what topics the political parties choose to focus on in the following days, who claims credit, and what new coalitions emerge. They point out that Punjab politics has just become a little more fascinating as a result of this news.