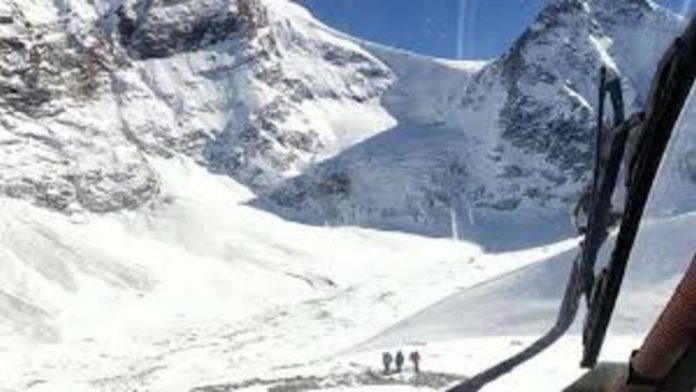 The Air Force has initiated a large rescue operation in Uttarakhand’s Lamkhaga Pass, which is located at an elevation of 17,000 feet and where 17 trekkers, including tourists, porters, and guides, went missing on October 18 due to severe snowfall and adverse weather. So far, 11 bodies have been found from the area leading to the Lamkhaga Pass, one of the most dangerous routes connecting Himachal Pradesh’s Kinnaur district with Uttarakhand’s Harsil.

On October 20, the Indian Air Force responded to a distress call from authorities by dispatching two Advanced Light Helicopter (ALH) choppers to Harsil, a tourist hill area in the state.

On October 20, three members of the National Disaster Response Force (NDRF) boarded the ALH craft at its maximum allowable altitude of 19,500 feet in the afternoon to begin the search and rescue.

The next day, at first light, an ALH took to the air with State Disaster Response Force (SDRF) troops onboard, who were able to find two rescue sites. It enlisted the help of the rescue squad at a height of 15,700 feet, where four bodies were discovered.

At an altitude of 16,800 feet, the helicopter reached another position and winched up a survivor who was unable to move.

The ALH lifted out at dawn on October 22nd. Despite challenging terrain and severe winds, the crew was able to rescue a survivor and return five dead bodies from a height of 16,500 feet in four shuttles.

Two more bodies have been discovered and are being transported to the Nithal Thach camp by a joint patrol of Dogra Scouts, 4 Assam, and two ITBP teams on foot. The ALH crew will conduct a search and rescue operation for the remaining missing people on Saturday.

The bodies were handed over to the local police by the rescue personnel. The survivors received first attention in Harsil before being sent to Uttarkashi’s district hospital.