US Warns India Over Repetitive Abstentions From Voting In UN 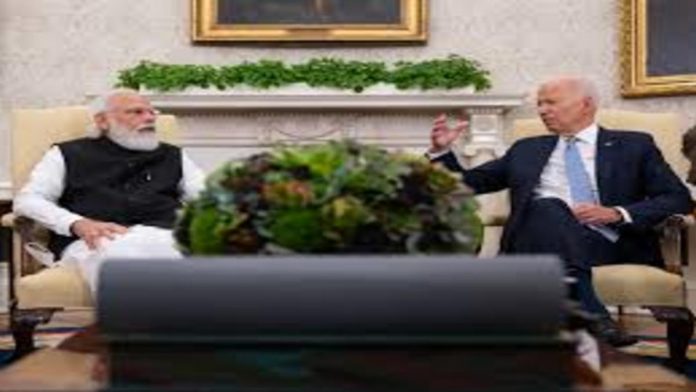 In the wake of India’s repeated abstentions on resolutions denouncing the invasion of Ukraine, the Biden administration called on the country to separate itself from Russia on Wednesday. Although it has called for an end to bloodshed, India is the only major US ally that has refused to publicly criticise Moscow.

“What I can say is that India is now a very important security partner of ours, and we appreciate our relationship with them.” Moving forward, I hope that India would see that it is now time to further distance itself from Russia as a result of the harsh criticism it has received,” Donald Lu, assistant US secretary of state for South Asian affairs, told a Senate subcommittee on Wednesday. He went on to say that US officials met with Indian officials to “underscore the significance of a united response to Russia’s aggression.”

The Biden administration ratcheted up the pressure ahead of the Quad’s virtual conference, saying, “There is no space for excuses or equivocation.” Japan and Australia, the other members of the Quad, are more openly linked with Washington.

Separately, US officials publicly stated that the Biden administration is “working to urge India to take a clear position” in the wake of New Delhi’s three abstentions in UN debates on Russia’s invasion of Ukraine, non-votes that some in the administration and Congress see as putting New Delhi on the side of Moscow.

The officials acknowledged “pitched battles” within the Biden administration over the abstentions, ostensibly between hardliners who want to hold India’s feet to the fire and those more inclined to accept New Delhi’s explanations for its vote: the fact that it needs the help of both Russia and Ukraine to extricate its 20,000 citizens, most of whom are students, from Ukraine; and its long-standing (but diminishing) legacy dependence on Russian arms supply, which is considered crucial to India’s security.

The issue was also raised in a Senate subcommittee, where Lu stated that new US sanctions against Russian banks will make it more difficult for countries to buy major defence equipment from Moscow, though no decision had been made on whether Washington would grant New Delhi a waiver to take delivery of Russian S400 surface-to-air missiles under an earlier contract. “Any government in the world will find it very difficult to buy big weapon systems from Russia because of the wide restrictions that have been imposed on Russian institutions,” Lu added.

State Department spokesman Ned Price stated less than a week ago that the US was aware of India’s relations with Russia. “India and we have a lot of common interests. India and we share a lot of common values. And we know that India has a relationship with Russia that is separate from ours. Of course, that’s OK,” he added, emphasising that Washington has asked every country with clout with Moscow to utilise it to safeguard the international rules-based order.

New Delhi has fought back against the perception that abstention means siding with Russia, claiming that it has defended the sovereignty and territorial integrity of the countries involved – an implicit condemnation of Moscow’s breach of the red line.

The State Department is aware of this. “India has expressed its grave concern about the situation in Ukraine and reaffirmed its urge for an early halt to the violence and hostilities.” “All United Nations member states are not only required to uphold the UN Charter, but also to protect international law, territorial integrity, and state sovereignty,” India said in a statement on Thursday.

The perception in the United States Congress, where India was grilled during a session on Thursday, is that New Delhi is struggling to break free from its reliance on Moscow, a position endorsed by the Obama administration. According to Lu, India’s purchase of Russian armaments has decreased by 53%, but there is still work to be done. “I understand the weapons connection, but that doesn’t explain why India doesn’t vote for the ideals it believes in.” Senator Jeanne Shaheen, a Democrat from New Hampshire, expressed her disappointment at the abstention. According to Lu, high-level talks are ongoing to bridge the gap between the two parties.