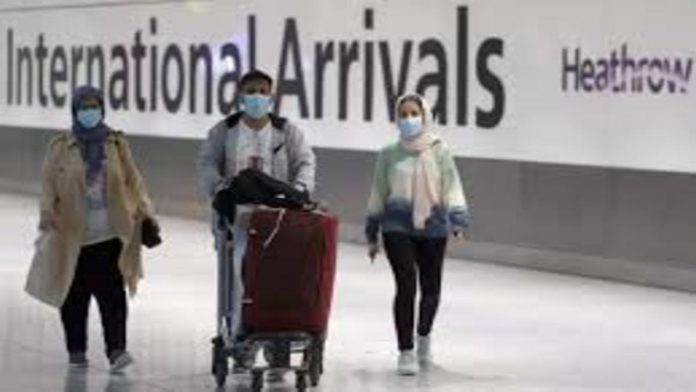 Indians who have been fully vaccinated with Covishield or any other UK-approved vaccine will not be quarantined when they arrive in the UK starting October 11, the High Commissioner to India announced on Thursday, putting an end to a row over the imposition of COVId-19 quarantine rules, which were seen as unfair.

“No quarantine for India travellers to United Kingdom fully vaccinated with Covishield or another UK-approved vaccine from 11 October. Thanks to Indian government for close cooperation over last month,” British High Commissioner to India Alex Ellis tweeted on Thursday.

India enacted a mandatory 10-day quarantine for British people irrespective of vaccination status on October 1 in reaction to UK quarantine laws for Indians and citizens of many countries, including those vaccinated with UK-approved Covishield.

“I’m also making changes so travellers visiting England have fewer entry requirements, by recognising those with fully-vax status from 37 new countries and territories including India, Turkey and Ghana, treating them the same as UK fully vax passengers,” Britain’s Secretary of State for Transport Grant Shapps tweeted.

“The decision was taken after close technical cooperation between our ministries taking public health factors into account,” a British High Commission spokesperson said in a statement on Thursday.

The UK, according to the statement, is constantly reviewing efficacy data and information on vaccine deployment worldwide, as well as visa restrictions, in order to keep borders open while progressively and safely resuming travel.

If a person has not been fully vaccinated with one of the four UK-recognised vaccines – Oxford/AstraZeneca, Pfizer BioNTech, Moderna, and Janssen – or any formulation of these vaccines, including Covishield, they must take a pre-departure test, a COVID-19 test on or before day 2 and on or after day 8, and self-isolate for ten days.

Harsh Shringla, India’s foreign secretary, has described the UK restrictions as “discriminatory” and warned that they could lead to “racial discrimination.”

The issue, according to British authorities, was not the vaccine itself, but rather issues with India’s “vaccination certification” procedure, and following high-level meetings, the two sides announced “progress” in recognising each other’s certifications.

According to Dr. RS Sharma, CEO of India’s National Health Authority, certification following coronavirus vaccinations in India is a centralised national system controlled by the CoWIN app and portal, and the platform has “no difficulties” and is fully consistent with WHO criteria.