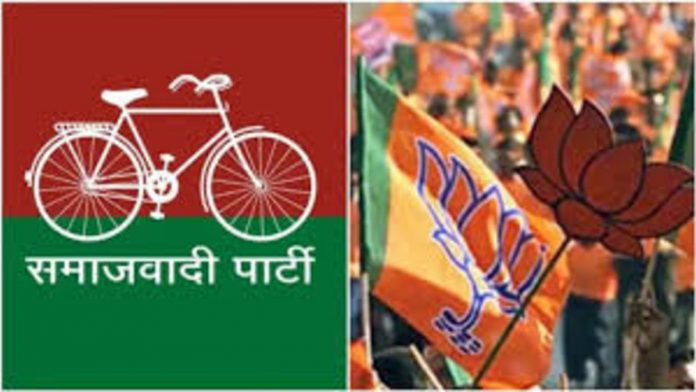 On Sunday, two current Samajwadi Party MLCs, an ex-MLA, former Kanpur police commissioner Asim Arun, who has retired from the Indian Police Service (IPS), and a retired official of the Indian Administrative Service joined the Bharatiya Janata Party ahead of the UP elections.

Ghanshyam Lodhi and Shailendra Pratap Singh are the two Samajwadi Party members of the legislative council (MLCs) who are currently serving. Om Prakash, a former SP member from Shikohabad, has also joined the BJP ahead of the February 10 UP elections.

In addition, former Kanpur police commissioner Asim Arun, a dalit, was inducted into the BJP on Sunday evening hours after taking VRS nine years ahead of his retirement.

Ram Bahadur ran for the Bahujan Samaj Party in the 2017 Uttar Pradesh elections and nearly lost.

The decision of former Kanpur police commissioner Asim Arun drew criticism from the Samajwadi Party and its ally, the Rashtriya Lok Dal, both of whom believed that the trend of bureaucrats joining politics immediately after resigning did not bode well for the relationship between bureaucracy and politicians.

The BJP, on the other hand, hailed his membership as indicative of the party’s ability to attract honest officers and experts. Anurag Thakur, the Union Minister for Information and Broadcasting, and state BJP president Swatantra Dev Singh, both members of the UP BJP’s election panel, were there for the IPS officer’s joining and later for the SP lawmakers as well. They joined at different times.

The UP BJP president, for his part, praised the former Kanpur police commissioner’s service in the force, which includes a spell as the chief of the anti-terrorist squad (ATS), during which several suspected terrorists were apprehended and their sleeper cells smashed.

“As the officer can verify, not once did the government or the chief minister’s office interfere in the functioning of the police,” the BJP leaders said.

“The issue is clear. As is clear from SP’s first list, there is a party that is giving tickets to criminals and those with shady background. Of the names it has declared, one contestant is in jail and the other likely contender is just out on bail. So here is this party and then there is BJP which is attracting upright professionals,” Anurag Thakur said.

Daya Shankar Singh, vice-president of the BJP in Uttar Pradesh, said other Samajwadi Party leaders were waiting to join the party. Three UP ministers and numerous parliamentarians, largely from the OBC community, recently left the BJP, and the ruling party is now reportedly trying to woo a member of the Samajwadi Party’s first family.