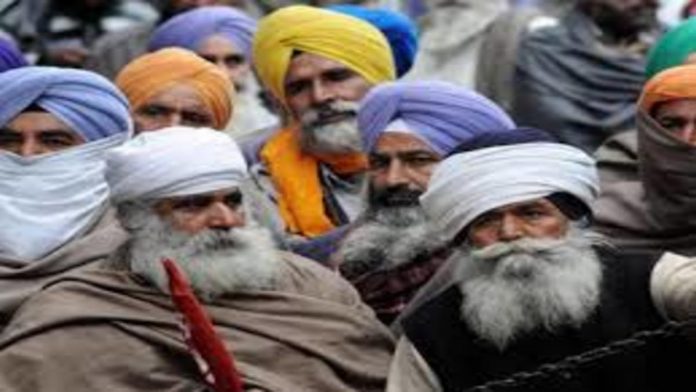 The farmers have been protesting against the three farm laws since November last year.
No one from the farmers side as well as the government side disclosed anything about the discussion that happened for over four hours.

The farmers have said that almost all of their issues related to the police clashes have resolved and only a few are left that will be discussed in the next round on Saturday.

“The meeting was very positive and we are expecting that this issue might be resolved in the next meeting at 9 am on Saturday,” said farmers’ leader Gurnam Singh Charuni said.

Apart from farmers, Haryana additional chief secretary Devender Singh, also said that the talks with farmers have been proved to be positive and the next meeting is scheduled at the weekend.

This comes amid the farmers protesting at the main-entrance of Karnal’s mini-secretariat since 7 September against the police action on farmers on August 28.

On August 28, farmers were lathicharged as they were heading towards Karnal to priests against a BJP meeting on that day. About 10 farmers were injured during the incident.

Meanwhile, a video had also surfaced in which IAS officer Ayush Sinha was allegedly ordering policemen to “break heads” of those who try to break the security condon for the BJP meeting.

Suspension and filing of an FIR against Sinha was one of the issues of farmers. The IAS officer was later posted out of Karnal as additional secretary of Citizen Resources Information Department (CRID).

According to the souces, during the Friday’s discussion, the government has also assured the farmers for taking an action against Mr Sinha.

Additionally, the farmers have also sought for a compensation of ₹25 lakh and a government job to a kin of Sushil Kajal – a farmer who lost his life during the police action and also a financial help of ₹2 lakh to each of injured farmers along with a free treatment at government facilities.