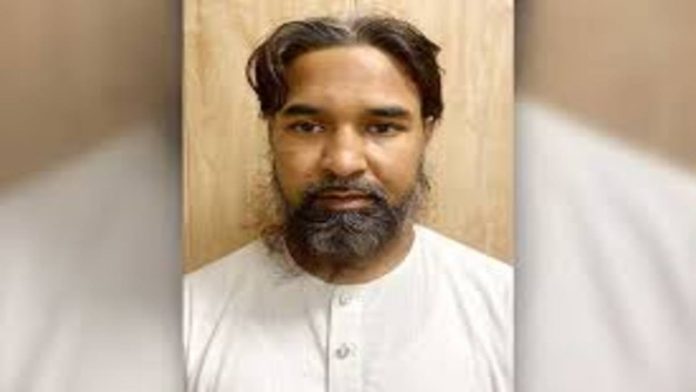 Mohammed Asraf’s landlord said they hadn’t spoken in six months since the Pakistani terrorist was arrested in East Delhi’s Laxmi Nagar on Tuesday.

According to Uzaib, the landlord, Asraf’s Aadhaar card was made by his father. “He stayed here for six months,” he explained. For documentation purposes, my father had his Aadhar card made. We lost contact with him when he left. We will work with the cops if necessary.”

Earlier on Tuesday, the Delhi Police announced the arrest of a 40-year-old Pakistani terrorist with ISI ties who had been hiding in India for over ten years under a false name, foiling a major terror plot during the festival season.

Officials claimed Mohammad Ashraf alias Ali Ahmed Noorie, a resident of Naroval in Pakistan’s Punjab state, was arrested in Laxmi Nagar in east Delhi. He is also suspected of being involved in previous terror attacks in Jammu & Kashmir and other parts of India.

According to the police, preliminary interrogation revealed that Ashraf was the leader of a sleeper cell in India and was ordered to carry out terror attacks during the festival season at Pakistan’s ISI’s request.

Raids were carried out in and around the Trans-Yamuna area based on his interrogation, according to the police, and one AK-47 assault rifle, one hand grenade, two AK-47 magazines with 60 rounds, two sophisticated China-made pistols with 50 rounds, one Indian passport, and other Indian IDs obtained on forged documents were recovered from his possession.

“Ashraf arrived in India via Bangladesh and had been living in the nation as Ali Ahmed Noorie for over a decade. On Monday, it was learned that Ashraf was staying in the Laxmi Nagar area. Following that, a squad was dispatched to the Laxmi Nagar area, where Ashraf was detained,” said Deputy Commissioner of Police (Special Cell) Pramod Singh Kushwaha.

According to the police, Ashraf’s arrest has avoided a probable terror attack during the festival season.

Officials claimed the police received a tip about an active sleeper cell around two months ago.

They discovered that a Pakistani national had been ordered to carry out terror acts in India and was in the process of procuring weaponry and explosives.

Ashraf was also discovered to be a member of a sleeper cell that has carried out numerous terror acts and espionage activities in India in recent years, according to police.

They claimed he had obtained Indian identities and was living in Delhi under the guise of a’maulana’ (religious preacher).

According to the police, a case has been filed under the relevant provisions of the Unlawful Activities (Prevention) Act, Explosives Act, and Arms Act in order to thoroughly investigate the subject and avoid any terror incident.

After completing his Class X, Ashraf was recruited by the Pakistani secret agency ISI and trained for six months, he said.

According to the DCP, he had been staying in India under the guise of Ali Ahmed Noori, a resident of Shastri Park in Delhi.

In 2004, he received training in Sialkot, Pakistan, from an ISI handler known as ‘Nasir.’ According to police, Nasir inspired him to work as a sleeper cell for Pakistani subversive actions in India.

Next the completion of his training, Ashraf was able to enter India through the Siliguri border crossing in West Bengal the following year. He lived in Siliguri for a few months before moving on to Ajmer, where he befriended a cleric at a nearby mosque, according to police.

He traveled to Delhi with the cleric in 2006. They claimed he went to a factory owned by a relative of the priest in the walled city region and began Tilawat (daily wage prayer work) at factories in the area.

He met more relatives of the cleric and gained their trust, according to police, and began collecting money from his ISI handler via money transfer using their IDs.

During his time in India, he kept in touch with his handler Nasir using a variety of secure social media communication methods.

His Pakistani handler recently entrusted him with carrying out terror strikes during the festival season, and the recovered weaponry and ammo were arranged by the Pakistani handler to carry out the mission, according to Kushwaha.

According to officials, Ashraf was meant to obtain information about the planned terror assault from Nasir. They claim he has moved five or six times in over a decade.

He never stayed in one place for long, and in order to obtain paperwork, he married a woman in Vaishali, Ghaziabad for a few months before leaving her. They say he lived in Delhi, Ajmer, Ghaziabad, Jammu, and Udhampur, among other areas in India.

After his marriage, he created his Indian identity in a village in Bihar. Later, he created ID cards for various residences and obtained his passport in 2014 using those documents. According to police, he traveled to Saudi Arabia and Thailand, and the dates are being verified.

They claim he has a permanent address in Bihar and many addresses on various IDs.

He posed as ‘Peer Maulana’ and claimed to be able to treat ailments by reading Ayats from the Quran in Delhi and the surrounding areas. According to police, he has two hideouts in Delhi, one in the walled city and the other in Laxmi Nagar.

More inquiry is underway, including whether a lone wolf assault was planned. The source of the weapon is also being investigated, according to police.