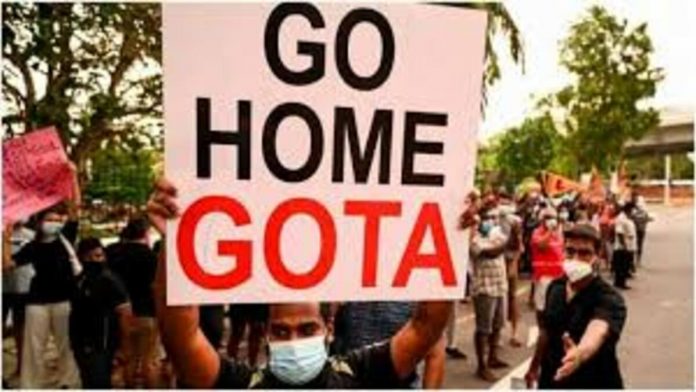 In the wake of the country’s serious economic crisis, all of Sri Lanka’s cabinet ministers tendered their resignations late Sunday night. Prime Minister Mahinda Rajapaksa, on the other hand, has not yet resigned. According to the country’s education minister, Dinesh Gunawardena, cabinet ministers resigned from their positions in a late-night meeting.

Apart from President Gotabaya Rajapaksa and his elder brother, Prime Minister Mahinda Rajapaksa, all 26 ministers have filed letters of resignation, according to Gunawardena.

Earlier in the day, rumours of Rajapaksa’s resignation surfaced, but the Prime Minister’s Office (PMO) quickly debunked them. The PMO denied the reports as incorrect and stated that no such preparations had been made yet.

The resignations came two days after President Gotabaya Rajapaksa proclaimed a state of emergency in response to soaring prices, shortages of essentials, and rolling power outages in the island nation. As protests got violent on Saturday, the government imposed a nationwide curfew. It will last until early Monday morning.

Namal Rajapaksa, Sri Lanka’s Cabinet Minister for Youth and Sports, announced his resignation on Twitter. He is Mahinda Rajapaksa’s son.

The Sri Lankan government has restricted social media sites in order to prevent people from flocking to Colombo in droves to protest the administration’s failure. However, after 15 hours, the administration removed the prohibition. Facebook, Twitter, YouTube, Instagram, TikTok, Snapchat, WhatsApp, Viber, Telegram, and Messenger have all reopened their services.

On the approach to Independence Square in Colombo on Sunday, about two dozen opposition leaders stopped behind police barricades, some yelling ‘Gota(baya) Go Home.’ “This is not acceptable,” she says “Leaning over the barricades, opposition leader Eran Wickramaratne remarked. “We live in a democracy.””

Small protesting groups in Colombo stood outside their homes, some holding handmade signs and others waving national flags.

Critics claim that the source of the crisis, which is the worst in decades, is economic mismanagement by successive governments, which have accumulated massive budget deficits and a current account deficit. Deep tax cuts promised by Rajapaksa during the 2019 election campaign and delivered months before the Covid-19 outbreak, which wiped out swathes of Sri Lanka’s economy, intensified the catastrophe.