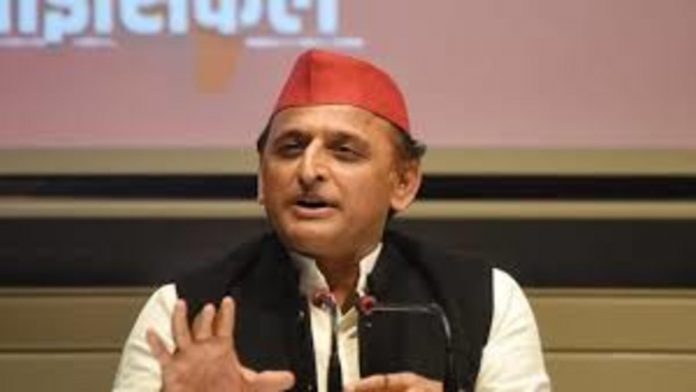 Samajwadi Party Chief Akhilesh Yadav has been booked for breaching a model code of conduct. The complaint has been filed in Sefai police station of Etawah district which is also his native village.

This happened when Akhilesh Yadav had interacted with the media persons while casting his vote for the Jaswantnagar seat in Etawah on Sunday.

The violation took place when the SP chief had communicated with the media personnel while he was casting vote for the Jasawantnagar seat of Etawah on Sunday. He talked with media both before and after casting the vote.

Initially, a notice was served by the Election Commission to the SP chief for violation of the model code of conduct.

Earlier, the Election Commission of India (ECI) had issued notice regarding the matter to Mr Yadav. Later, the FIR was filed under Section 130 of Representation of People Act (1950, 1951, 1989) and Section 188 (disobedience to order duly promulgated by the public servant) of the Indian Penal Code.

According to the District Magistrate Shruti Singh, a video of the SP Chief communicating with the media personnel during voting at Abhinav School in Sefai has also went viral.

An investigation had been ordered to the Sefai SDM and the Circle Officer in the matter.

As per the ECI, talking to media inside the polling center is a breach of model code of conduct, the district magistrate said.