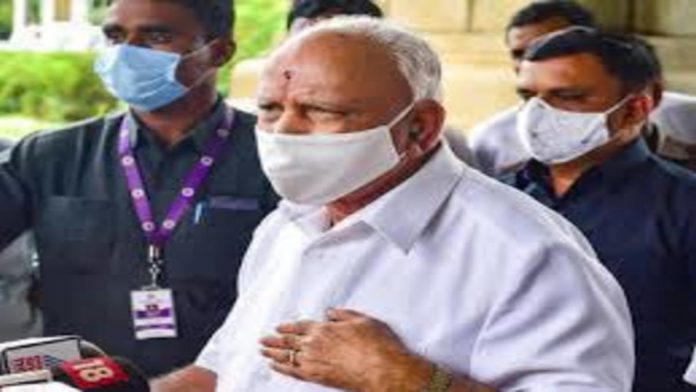 Karnataka Chief Minister BS Yediyurappa has completed two years of his tenure today and decision regarding his political future is still due from the BJP high command. There has been rounds of speculation of his replacement for last few days and rumours are also saying that he may resign today at the event today.

“Nothing has come till now… In the morning there is a programme to mark two years of government. I will speak about the achievements in those two years. After that, you will know the progress,” he said on Sunday.

“I have decided that I will work till the very last minute. I already said two months ago that I was ready to resign whenever I was asked to. I will say it again – until now I have got no message from the centre. As soon as it comes, if they ask me to continue I will. If not, I will resign and work for that party,” said Yediyurappa.

“I believe the information will come tonight or tomorrow morning,” the chief minister added.

Earlier, the leader had said that he is expecting a message from BJP leadership soon. “If the message comes by evening, I will let you know immediately,” he said on Sunday on being asked about the matter.

According to the sources, some close aides of Mr Yediyurappa are camping to Delhi to get time for the chief minister as it seems that he may not get more time from the leadership.

The 78 year old leader had also made a surprise visit to Delhi where he met Prime Minister Narendra Modi and other senior leaders.

However, he has not been asked to resign and on Thursday talking to media he said, “There is an event on July 26 on completion of two years of our government here. After this, I will follow whatever (BJP president) JP Nadda will decide”.

There have been also questions going on whether the leader will be asked to step down as the state is struggling with floods and he has been trying his best in controlling the situation.

After he had sworn in as the chief minister two years back he had visited Delhi and at that time also the state was battling with heavy floods and he was sent back to manage the floods.

In last few days, he severe rain in many districts have left 10 people dead and three missing.

watch jav online 383NMCH-016 [Leaked] Gonzo with a beautiful woman in a sweater with shoulders _ Completely record the affair in the hotel from a drive date 599ANAN-001 Hime-chan 1 IKIK-011 Reiwa's Senzuri Negotiation Nampa 5 When I asked a pretty woman with a shortcut who had spared time at the shop before opening, "Why don't you see Senzuri?" - Hold a Senzuri appreciation party at the hotel and get SEX negotiations with momentum! - I have taken a gonzo firmly w FC2-PPV-2878305 The cute monophone is different. * I tried to secretly upload a miracle beautiful girl who could not be released due to body baldness etc.! - !! 422ION-0107 De M woman who will serve so that she likes saffle more than her boyfriend and can be promoted to her somehow