Shikhar Dhawan, Wife Ayesha Mukherjee To Give Divorce After 8 Years 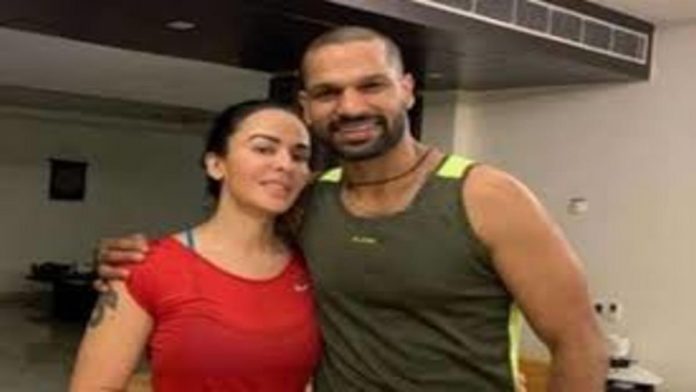 Shikhar Dhawan, an Indian cricketer, and his wife Ayesha Mukherjee have divorced after eight years of marriage. Ayesha, 46, who changed her name from Ayesha Dhawan to Aesha Mukherjee and posted about it on Instagram, confirmed the news.

“I thought divorce was a dirty word until I became a 2 time divorcee,” she wrote.

Ayesha, a professional kickboxer, married Shikhar in 2012, and the couple had a son named Zoravar. When Ayesha migrated from Kolkata to Australia, she was barely eight years old. Ayesha was previously married to an Australian businessman and has two children with him. Rhea (born in 2005) and Aliyah (born in 2000).

This loosely translates to: “To achieve anything in life, you need to put in your entire strength, understanding and heart. Love should be towards your work; only then do you achieve heights and enjoyment.”

Meanwhile, Dhawan will be hoping to be named to India’s 15-man squad for the T20 World Cup, which begins on October 17 in the UAE and Oman. He last led India on a tour of Sri Lanka in July, during which the side played three T20Is and three ODIs. He made 214 runs, including a half-century and an undefeated 86.

Dhawan had previously blazed through the IPL 2020 rankings, hitting 618 runs and two hundreds in back-to-back matches. Dhawan picked up where he left off last year in the IPL 2021, scoring 380 runs in eight matches at an excellent 54.28 average. With such impressive numbers, it would be difficult for the selectors to overlook him for the ICC World Cup.