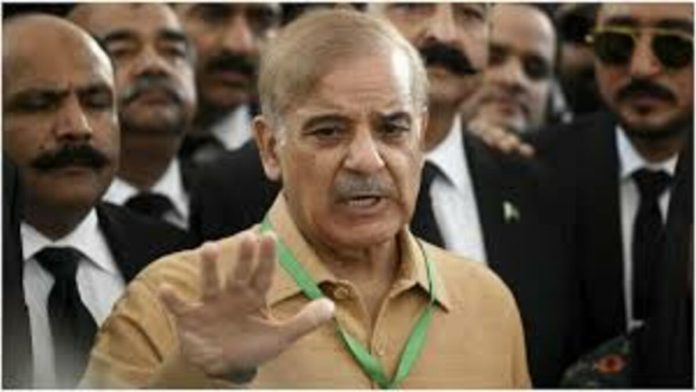 Shehbaz Sharif, the head of the Pakistan Muslim League-Nawaz (PML-N), who is expected to succeed Imran Khan as the country’s next Prime Minister, paid tribute to his elder brother, Nawaz Sharif, and a number of senior party officials on Sunday. “I recollect Mian Nawaz Sharif, Maryam Nawaz, Shahid Khaqan, Khawaja Asif, Saad Rafique, Ahsan Iqbal, Rana Sanaullah, Hamza, Hanif Abbasi, Mian Nauman, and others being pursued, stigmatised, and imprisoned.” “Can’t thank the PMLN family enough for their sacrifices and political battle!” Sharif wrote on Twitter, a day before he is likely to be formally chosen as the nuclear-armed country’s new leader.

The 70-year-old, who served as Punjab’s chief minister for three terms, also honoured a number of individuals, saying they “did not allow any pressure to undermine their allegiance and commitment to the party and Pakistan.” “I also cannot forget Salman Rafique, Kamran Michael, Miftah Ismael, and Qamarul Islam, whose tenacity and sacrifices in the face of the terrible Niazi-NAB nexus have been legendary,” he tweeted.

Sharif will be Pakistan’s twenty-third premier, and the second from his family, following Nawaz Sharif, who served three terms and is currently in exile in London, if he gets elected, which he is most likely to achieve given the united opposition’s numbers. In Pakistan, no Prime Minister has yet completed a full five-year tenure.

Shah Mehmood Qureshi, the foreign minister in the overthrown Imran Khan cabinet is the Pakistan Tehreek-e-(PTI) Insaf’s nominee for the top office.

Meanwhile, the cricketer-turned-politician called for a ‘new’ liberation movement for the first time since his departure. “Pakistan gained independence in 1947, but the liberation struggle continues today against a foreign conspiracy to overthrow the government. He tweeted, “It is always the people of the country that defend their sovereignty and democracy.”

On August 18, 2018, Khan was sworn in as President of the United States. However, the opposition accused him of being ‘installed’ by the army, and he was regularly mocked with epithets like’selected’ and ‘puppet’ Prime Minister.