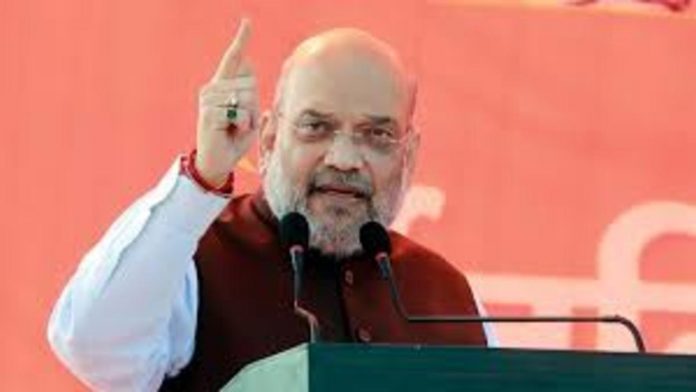 Union Home Minister Amit Shah said on Friday that the Centre had taken “serious” note of a pro-Khalistan group’s letter expressing support to the Aam Aadmi Party (AAP), as the issue over the letter caused a stir on the final day of campaigning in Punjab.

Punjab Chief Minister Charanjit Singh Channi forwarded a letter supposedly written by the Sikhs For Justice (SFJ) in Gurmukhi to the home minister, along with a personal message indicating the matter was “serious” and threatened the nation’s security and integrity.

No one will be permitted to tamper with India’s unity and integrity, Shah declared in response to Channi’s letter.

He described it as “very condemnable” that certain people go to the lengths of joining hands with separatists and even breaking Punjab and the country in order to get power.

He said this in response to Channi’s letter, in which he claimed to have received a letter from SFJ indicating that the group is in frequent contact with the AAP.

According to Channi, the SFJ letter stated that it had backed the AAP in the Punjab assembly elections in 2017 and will do so again in upcoming elections.

Channi further claimed that the SFJ had urged voters to vote for AAP.

On February 20, voters will go to the polls for the Punjab assembly elections.

“I want to reassure you that no one will be allowed to jeopardise the country’s unity and integrity. The Indian government has taken the matter very seriously, and I will personally investigate it further “In his reaction, Shah stated.

He stated that the problem of a political party having ties to and receiving assistance from a terrorist and banned organisation is a significant issue that jeopardises the country’s unity and integrity.

According to Shah, such groups have the same agenda as the country’s foes.

“It is highly condemnable that, in order to get power, such people join hands with separatists and go to the extreme of breaking Punjab and the country,” he said.

In his letter, Channi stated that it was a major matter that jeopardised the country’s security and integrity, and that it needed to be thoroughly probed.

“I would strongly advise you to have this situation investigated as soon as possible so that appropriate action can be taken,” he stated.

“These allegations should also be thoroughly investigated and appropriate action taken. I hope you will think about it and take proper action right away, given the gravity of the situation, as Punjab has already suffered greatly as a result of these separatist groups “he stated