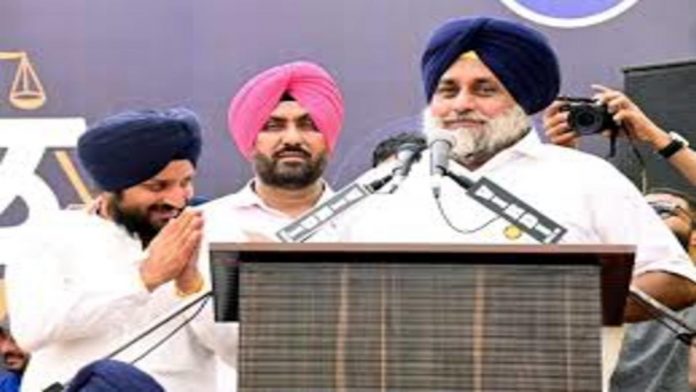 The SAD announced its candidates for 64 assembly seats in Punjab’s upcoming elections on Monday.

The party had previously disclosed the names of 24 candidates, but on Monday it released a complete list of 64 candidates for the 2022 state assembly elections.

The SAD and the BSP formed an election alliance in June for the 2022 elections. According to the seat-sharing agreement, Mayawati’s BSP will compete 20 of Punjab’s 117 assembly seats, while the SAD will contest the rest.

The SAD left the BJP-led National Democratic Alliance last year over the issue of agriculture laws. The SAD contested 94 seats in an alliance with the BJP, while the saffron party contested 23 seats.

Adaish Partap Singh Kairon, the son-in-law of former chief minister Parkash Singh Badal, is one among the candidates running for the Patti seat.

When the BJP was in an alliance with the Akali Dal, these 10 seats were used to field candidates.