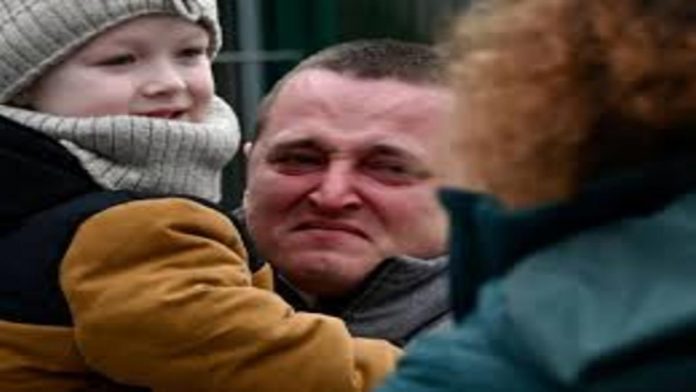 Amid Russia’s invasion in Ukraine, United Nations aid agencies on Friday said that the war can spark another migrant crisis which may result into 5 million refugees fleeing into European Union (EU).

The exodus has started as tens ot thousands of Ukrainians consisting majorly women and children have already entered Romania, Slovakia, Poland and Hungary. While men of fighting age have been asked to stay and take part in the war effort.

Over 50,000 Ukrainians have already left the country in less than 48 hours. Pictures from the border showed people carrying their luggage and holding their children, hugging loves ones and giving tearful farewells, said United Nations High Commissioner for Refugees.

The people fleeing the country were either running for their lives as Russian missiles have hit many parts of Ukrainian territory and many others because they were facing shortage of medical supplies, cash, fuel and others essentials.

Long queues of people waiting for their turn to cross into Poland were seen in the biting cold.

“We’re afraid the Russians will occupy the whole country. And we’re afraid our men will be conscripted,” told 44 year old woman to BBC. She was crossing into Hungary with her two children.

Another woman from Moldova was running across the international borders carrying her infant son said she had no choice rather to escape because Russians were hitting her city.

“We left as soon as we heard the explosions on Thursday morning. We said: ‘we have to run’,” she told to BBC. “There was news of bombs here, rockets there. There was nowhere to go,” she added.

The people migrating to other foreign countries either had no destination or had no one to shelter them. However, some are being accommodated in the local churches.

However, Ukrainian national Mikolaj has headed to home from Poland. He told that he was coming back to fight.

“It’s our duty to go home to defend our country. We didn’t do anything wrong to Russia. Putin is trying to capture the whole of Ukraine,” he said while speaking to BBC.