Rahul Gandhi Slams BJP Calling It A ‘Broker’ Of Hinduism 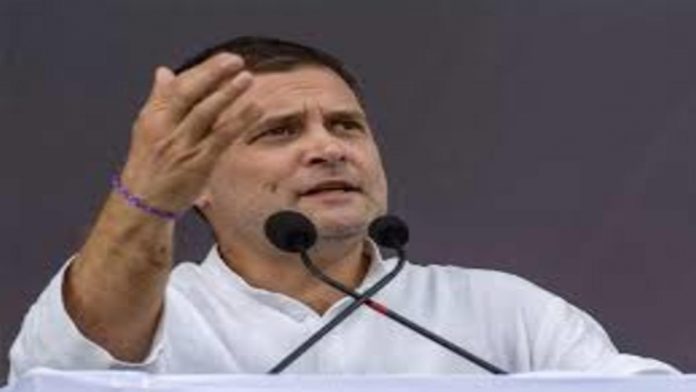 Former Congress head Rahul Gandhi accused the Bharatiya Janata Party (BJP) of being a “fake” Hindu party on Wednesday, saying the ruling party was working as a “broker” of Hinduism.

Mr. Gandhi, speaking at a convention of the All India Mahila Congress (AIMC) on the occasion of the AIMC’s foundation day, urged women party workers to inform people that the Prime Minister was attacking the Goddesses Durga, Lakshmi and Saraswati.

Mr. Gandhi’s address, delivered after a visit to the Mata Vaishno Devi shrine last week, showed a subtle shift in the Congress’ strategy, which appears to be hitting the BJP on its home grounds of Hindutva politics.

Mr. Gandhi claimed that Mahatma Gandhi had spent his whole life learning about Hinduism and putting it into practise in his daily life, but that Nathuram Godse, who believed in V.D. Savarkar’s ideology and the Rashtriya Swayamseva Sangh (RSS), had fired bullets into his [Mahatma Gandhi’s] chest. Mr. Gandhi’s criticism of V.D. Savarkar, on the other hand, has enraged the Shiv Sena, the party’s ally in Maharashtra.

The Congress leader further claimed that the RSS had never “made a woman Prime Minister,” despite the fact that the Congress was the only political party to accomplish so.

The Congressman stated that understanding the differences between Mahatma Gandhi’s worldview and that of V.D. Savarkar and Nathuram Godse was critical.

“The BJP-RSS people say they are a Hindu party. In the last 100-200 years, if anyone has understood the Hindu religion in the best way and made it his practice, it is Mahatma Gandhi. We believe in this and so do the BJP-RSS people. So, if Mahatma Gandhi understood the Hindu religion and spent his whole life understanding it, then why did the RSS ideology pump three bullets in his chest?” asked Mr. Gandhi.

“Today, in India, there are 10-15 people who have the power of Durga and Lakshmi. They are Modi-ji’s friends. Ask the poor, go to the houses of farmers, ask if they have money to celebrate Diwali, and they will say they don’t have it,” he added.