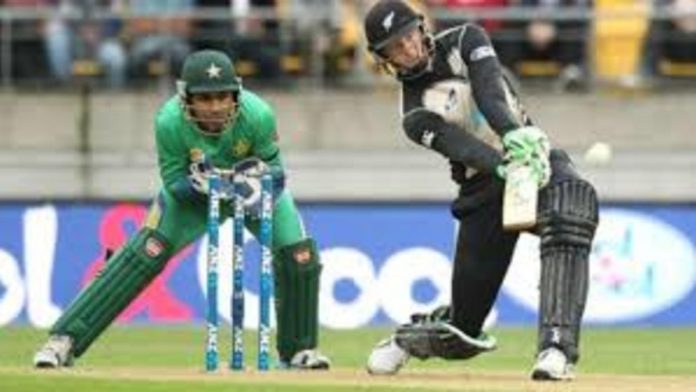 New Zealand pulled out of their limited-overs tour of Pakistan minutes before their first match in Rawalpindi on Friday, citing a government-issued “security alert” — a decision that comes as a blow to the host nation, which hasn’t seen much international cricket since a bus carrying Sri Lankan players was ambushed by gunmen in 2009.

The England and Wales Cricket Board (ECB) said shortly after New Zealand’s withdrawal that they will determine whether or not to proceed with their planned tour within the next 24-48 hours. In October, England’s men’s and women’s teams will travel to Pakistan.

New Zealand Cricket (NZC) said in a statement that they “are abandoning their tour of Pakistan following a New Zealand government security alert”.

“The side was to play Pakistan this evening in the first of three ODIs in Rawalpindi, before moving to Lahore for a five-match T20 series. However, following an escalation in the New Zealand Government threat levels for Pakistan, and advice from NZC security advisors on the ground, it has been decided the Blackcaps will not continue with the tour,” the statement said.

“Arrangements are now being made for the team’s departure,” it said.

“NZC will not comment on the details of the security threat nor the updated arrangements for the departing squad,” the statement said.

The Pakistan Cricket Board (PCB) called New Zealand’s move “unilateral” and said the tour had been cancelled despite Prime Minister Imran Khan’s assurances as the 1992 World Cup-winning captain.

“PCB and Govt of Pakistan made foolproof security arrangements for all visiting teams. We have assured the New Zealand cricket board of the same. The Prime Minister spoke personally to the Prime Minister of New Zealand and informed her that we have one of the best intelligence systems in the world and that no security threat of any kind exists for the visiting team,” a PCB statement said.

Khan’s New Zealand counterpart, Jacinda Ardern, told Reuters that she thanked Khan for looking after the visiting team, but that she agreed with the decision to put the players’ safety first.

“I know how disappointing it will be for everyone that the game hasn’t gone ahead, but we totally support the decision that’s been made. Player safety has to be paramount,” she said.

Last week, the New Zealand team arrived in Pakistan and participated in training sessions. For Friday’s game, neither team made the trip to the stadium.

Newly appointed PCB chairman Ramiz Raja posted on Twitter: “Crazy day it has been! Feel so sorry for the fans and our players. Walking out of the tour by taking a unilateral approach on a security threat is very frustrating. Especially when it’s not shared!! Which world is NZ living in?? NZ will hear us at ICC.”

NZC chief executive David White said “it was simply not possible to continue with the tour” given the advice he was receiving. “I understand this will be a blow for the PCB, who have been wonderful hosts, but player safety is paramount and we believe this is the only responsible option,” he said in the NZC statement.

The statement also said that NZC Players Association chief executive Heath Mills “echoed White’s sentiments”. “We’ve been across this process throughout and are fully supportive of the decision. The players are in good hands; they’re safe — and everyone’s acting in their best interests,” Mills said.