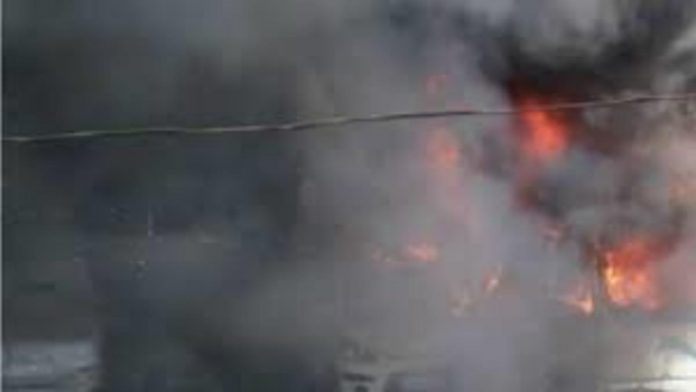 The National Investigation Agency’s (NIA) special court in Patna is expected to give its decision in the deadly 2013 Gandhi Maidan serial blasts at the site of then-prime ministerial candidate Narendra Modi’s “Hunkar” rally on Wednesday.

Six persons were killed and more than 90 were injured in a series of explosions that shook Bihar’s capital city on October 27, 2013.

Modi, on the other hand, proceeded with the rally in order to soothe anxieties and avoid a stampede at the jam-packed Gandhi Maidan.

In the case, nine Indian Mujahideen (IM) suspects and a SIMI (Students’ Islamic Movement of India) suspect have been charged.

After being found guilty of involvement in multiple blasts, the youngster charged was sentenced to three years by the Juvenile Justice Board on October 12, 2017.

According to a police spokesman, the most of the suspects are from Sithio in Ranchi.

Tariq Ansari, another suspect, was killed while attempting to detonate a device inside a public restroom at the Patna Junction train station. Two of the suspects were apprehended on the spot.

The suspects are being held at Patna’s high-security Beur Central Jail. They were charged with conspiring, planting and exploding bombs, murdering, and fostering community enmity, among other things.

On November 6, 2013, the NIA took up the issue, and on August 21, 2014, after investigating the incident, it submitted a charge sheet against the 11 accused.

The NIA claimed in the charge sheet that the suspects plotted the Patna bombings after failing to get near to Modi at previous rallies in New Delhi, Chhatisgarh, and Uttar Pradesh.

In the special NIA court, the prosecution witnesses and the accused have finished their arguments.

According to the officer, 250 prosecution witnesses were deposed before the trial court for cross-examination.

In and near Gandhi Maidan, 17 IEDs were discovered, seven of which had detonated. In the 2013 Bodh Gaya serial bombings case, five people have already been found guilty.

The attacks in Bodh Gaya were planned by Haider and Mujibullah in retaliation for alleged crimes against Rohingya Muslims in Myanmar.