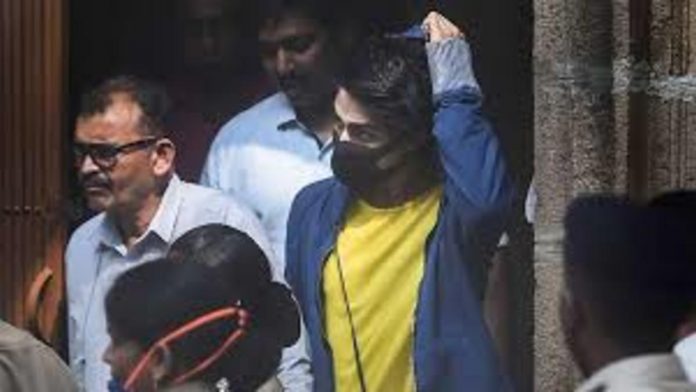 The Narcotics Control Bureau (NCB) is expected to request an extension in the custody of Aryan Khan, Shah Rukh Khan’s kid, today.

This comes after the NCB arrested a foreign national from Bandra late Wednesday night, according to a report. He was found with a commercial quantity of mephedrone (MD), according to reports.

Aryan and his companion, Arbaaz Merchant, were said to have been found in the same vicinity as the individual in question. As the NCB’s custody ends today, the star-kid was supposed to be released. However, in light of these new discoveries, it has been suggested that the central agency may simply request that Aryan and the others be held in detention for longer.

Aryan, 23, was first arrested by NCB for one day, but his arrest was extended until October 7 on Monday, October 4. Today is the last day of the period.

Satish Maneshinde, the senior counsel representing Aryan (23) in the case, is set to file a new bail application.

Meanwhile, Sameer Wankhede, the Narcotics Control Bureau’s (NCB) Zonal Director, has been fending off reports concerning the central agency’s ‘credibility’ in the midst of the ongoing drug case.

Reacting to allegations of the entire cruise drug bust being “fake” and reports that ‘no drugs’ were found on the star kid, he said, “We are a highly competent and professional agency. For us, the prime importance is the NDPS act irrespective of the person or his standing.”