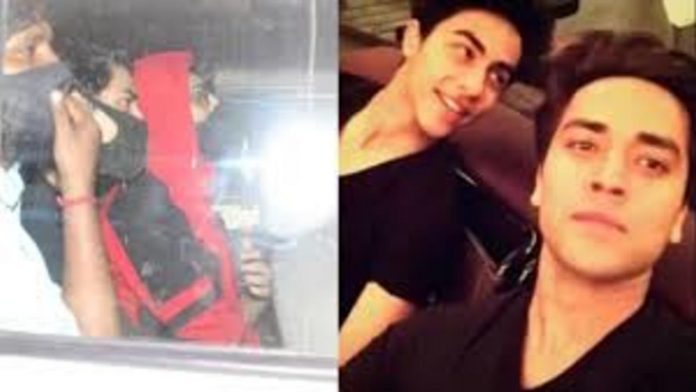 On October 2, 2021, the Narcotics Control Bureau (NCB) disrupted a rave party on the Cordelia Cruise ship as part of a major drug crackdown. Aryan Khan, Shahrukh’s elder son, and two others have been arrested in this case. This case involves Arbaaz Merchantt, Munmun Dhamecha, Nupur Sarika, Ismeet Singh, Mohak Jaswal, Vikrant Chhoker, and Gomit Chopra. According to the NCB, 3 grammes of cocaine, 21 grammes of charas, 5 grammes of MD, and 22 MDMA pills have been recovered thus far.

Know who is Arbaaz Merchantt, Nupur Sarika and others who are arrested in Mumbai cruise drug bust
Arbaaz Merchantt is an actor by profession, as well as Shah Rukh Khan’s daughter and son, Aryan Khan’s close buddy. Merchantt is frequently seen having fun with Suhana and Aryan. Several photos have been circulated since the news surfaced. In a few pictures, he can be seen partying with veteran actor Chunky Panday’s daughter and actor Ananya Panday. Earlier, rumours surfaced that he was dating actor Alaya l’ several years ago.

Arrested Mohak Jaswal, Nupur Sarika, and Gomit Chopra,  are Delhi residents. Gomit is a hair stylist and a celebrity makeup artist, while Mohak and Nupur are also fashion designers. Munmun Dhamecha is a model as well.

Mumbai cruise drug bust
NCB caught a high-profile drug ring on a cruise ship en route from Mumbai to Goa, seizing cocaine, hashish, MD, and other illegal substances. According to sources, the NCB disrupted the two-night dance party aboard the cruise liner that allegedly involved celebrities, including actor Shah Rukh Khan’s son Aryan Khan, after an eight-hour investigation. According to sources, Aryan Khan was arrested under the NDPS (Narcotics, Drugs, and Psychotropic Substances) Act Sections 8C, 208, and 27.

Aryan Khan will be represented by lawyer Satish Maneshinde. The Killa Court is questioning Aryan Khan and other suspects. NCB is represented by Adv Advait Sethna. Sameer Wankhede, the NCB’s zonal director, was also present in court. NCB claimed in its case that incriminating communications had been retrieved, and that more investigation was needed. “Custodial interrogation is essential,” NCB added, requesting the arrest of Aryan and others.