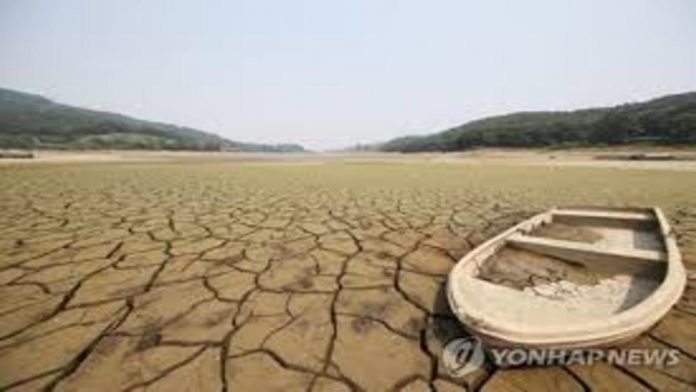 Locals in Madhya Pradesh’s Damoh district paraded at least six girls naked as part of a rite that villagers believe will satisfy the rain gods and bring relief from the drought-like circumstances, officials said today.

A response will be sent to the NCPCR, according to a district official.

According to DR Teniwar, the superintendent of police in Damoh, the police received information that certain young girls were paraded naked to please the God of Rains as part of a local practise and to combat prevailing societal problems.

“Police are investigating this incident. Action will be taken if it is found that girls were forced to go naked,” Villagers believe that this practise will bring in rain, he stated.

Young girls are obliged to walk naked with a wooden shaft resting on their shoulders and a frog tethered to it, according to religious beliefs. According to him, the women who accompany these girls chant bhajans to worship the rain deity.

S Krishna Chaitanya, the collector of Damoh, said the local administration will send a report to the NCPCR on the matter.

He claimed that the girls’ parents are also implicated in the occurrence and that they would be made aware of such superstitious activities.

According to the district collector, no locals have complained about the “ritual.”

“In such cases, the administration can only make the villagers aware about the futility of such superstition and make them understand that such practices don’t yield desired results,” he said.

In the meantime, two videos of the incident have leaked on the internet.

The girls (about five years old) are shown walking side-by-side with a wooden shaft resting on their shoulders and a frog connected to it in one of the video footage. The procession is followed by a group of women chanting bhajans.

Some women can be heard saying in another video that this ceremony is being performed since the paddy crop is drying due to the lack of rain.

They can be heard telling the individual who captured the incident, “We hope this will bring in rains.”

During the march, the women claimed they will collect raw food grain from villages and then cook food for a ‘bhandara’ (collective feast) at a nearby temple.