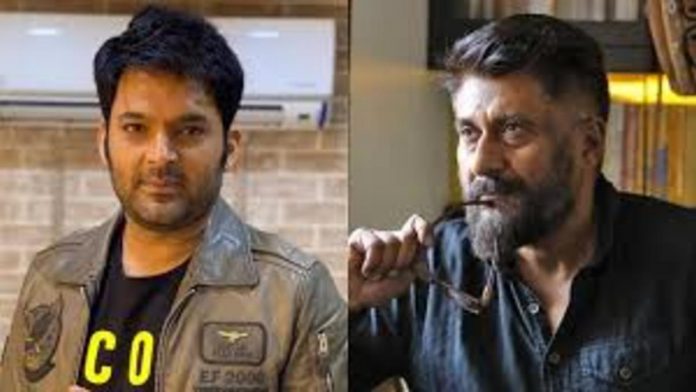 Taking to his Twitter handle director Vivek Ranjan Agnihotri has expressed disappointment over denial for featuring of his team of ‘The Kashmir Files’ on ‘The Kapil Sharma Show’ as Kapil denied to invite the team.

Replying to a tweet by a fan that his would fans would love to see his team at ‘The Kapil Sharma Show’, Director Vivek Agnihotri wrote, “They refused to call us on their show because we don’t have a big commercial star.”

Replying to another alike tweet, he tweeted, “I don’t get to decide who should be invited on @KapilSharmaK9 show. It’s his and his producers choice whom he wants to invite. As far as Bollywood is concerned, I’d say what once Mr. Bachchan was quoted saying about the Gandhis ‘They are kings, we are the poor ones’.”

“Even I am a fan. But it’s a fact that they refused to call us on their show because there is no big star. In Bollywood non-starter directors, writers and good actors are considered as NOBODIES,” he said in another tweet.

In the meantime, Kapil also answered a fan’s query explaining his point, “Yeh sach nahi hai Rathore sahab aapne pucha isliye bata diya, baaki jinhone sach maan hi liya unko explanation dene ka kya fayada. (“This is not true Rathore sir you asked that’s why told you, rest what is the point of giving explanation to those who have accepted the truth) Just a suggestion as an experienced social media user – never believe in one sided story in today’s social media world.”

Vivek Agnihotri’s film ‘The Kashmir Files’ is releasing today in cinemas. The film depicts the killings of Kashmiri Pandits in the 1990s.