Kanhaiya Kumar And Jignesh Mevani To be Inducted In Congress 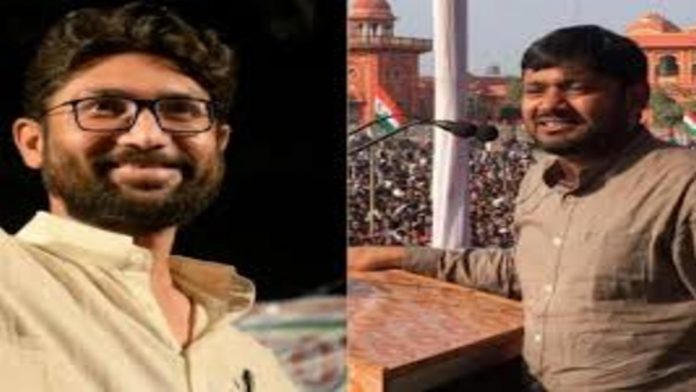 Kanhaiya Kumar, a former JNU student leader, has been welcomed with posters outside the Congress office in Delhi, according to the news agency.

Kanhaiya Kumar and Dalit politician Jignesh Mevani are expected to join the Congress party today, according to party sources. According to sources, Rahul Gandhi and Congress politician Hardik Patel will attend the induction ceremony.

The induction was originally scheduled for September 27, which is Shaheed Bhagat Singh’s birthday. Farmers’ unions, on the other hand, had called for a nationwide protest on the same day.

Kanhaiya Kumar met Rahul Gandhi earlier this month, sparking speculation that he will join the party.

Jignesh Mevani, a Congress supporter, was elected to the Vadgam assembly constituency in Banaskantha district in 2017.

“I will be joining the Indian National Congress with Kanhaiya Kumar on September 28,” he told PTI, adding that he will be able to speak more about the choice after that.