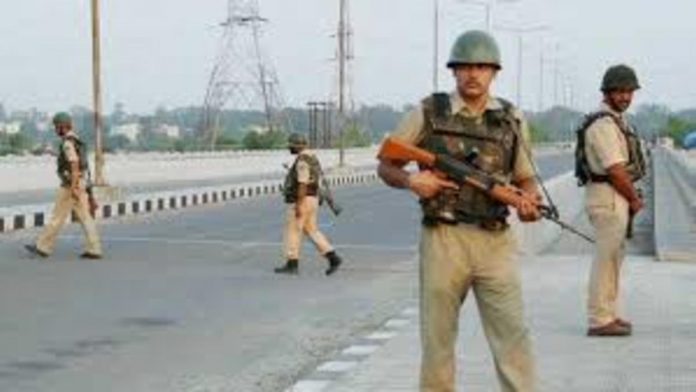 Intelligence agencies have sounded a high alert in Jammu against Pakistan based launchpads Lashkar-e-Taiba and Jaish-e-Mohammed conspiring to carry out attacks on temples to spark communal tensions. Heavy security has been deployed through out the city.

According to the sources, the two organisations are expected to attack the temples on August 5 – the second anniversary of scrapping of Article 370 from the state and Independence Day on August 15.

As hinted by three recent attempts of drone attacks it is expected that the two Pakistan backed organisations are looking to plant explosives at public places near temples in the city.

It is also said that the launchpads may use drones to ferry IEDs so that the receiver can plant them and carry out attacks. Indian security forces have foiled at least three such attempts recently, said a senior officer in the North Block.

In February, two men were arrested in connection with 7 kg of IED found near a public bus stand in Jammu.

The second took place on June 27, a day before when a drone planted explosives in the technical area of Jammu Air Force station. A terrorist named Nadeem Rather of TRF was arrested and 5 kg of IED was found from his possession.

After he was arrested, the police arrested two more of his associates following his interrogation. The two were the residents of Kashmir.

In the third attempt, a drone from Pakistan in the Akhnoor region of Jammu on July 23rd. The drone was shot down and 5 kg of IED was recovered.

The sources have said that all these three attempts were carried out to raise communal tensions in Jammu and Kashmir.

In March 2002, the terrorists raged in the historic Raghunath temple loaded with devotees that left at least 13 people dead and 50 injured. Among the deceased were four women and two security personnel.